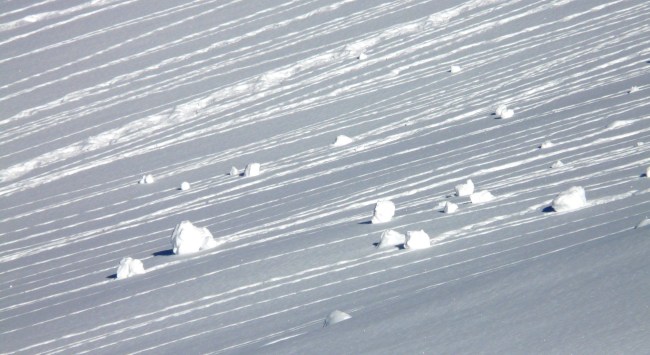 Snowboarder Maurice Kervin recently decided to take advantage of the fact that with the ongoing pandemic many of the slopes in America are completely bereft of skiiers and snowboarders.

Unfortunately for him, the backcountry snow on Colorado’s Loveland Pass, which was basically untouched, had other ideas.

As Kervin began making his way down the mountain it quickly started to become apparent that this was going to be no ordinary run as he was able to sense something was amiss behind him.

As he turned to look, he spotted big chunks of snow heading his way and luckily, was able to deploy his inflatable backpack and ride the avalanche out.

Related: Utah Snowboarder Takes A 2,000-Foot Slide During An Avalanche In The Backcountry

He then adds, “I think I lost my GoPro.” Most of us would have lost control of our bowels. My fight or flight mechanism kicked in just watching this.

“Thank you, backpack,” he adds in the understatement of the day.

Talk about your hair-raising experiences. God knows what would have happened to him if he hadn’t been wearing that backpack.