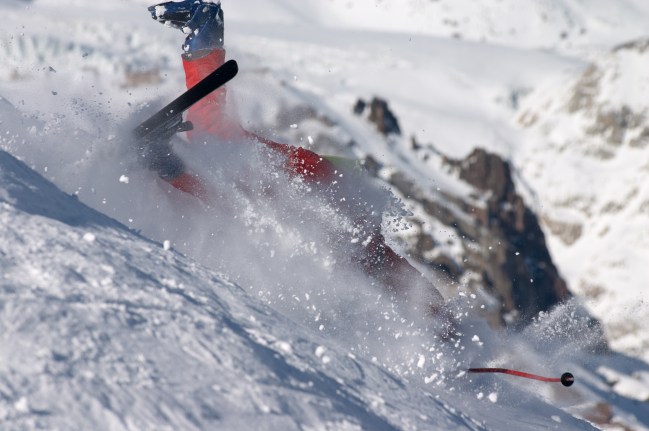 Am I here to advocate feeling joy whilst witnessing the pain and misery of others? Absolutely not. If you knew me then you’d already know that’s not my style.

The headline that brought you here is more of a nod to the glorious soundtrack over this 4K Crash Reel from The Faction Collective. That, and the fact that this video takes me back to a time just a few weeks/months ago when we were still able to worry about things like breaking bones because we were still allowed to go outside and charge the slopes.

Before I get too sidetracked let me just get straight to this clip from The Collective. It’s a glorious high-definition highlight reel of all this/last season’s gnarliest wipeouts. Footage of dudes losing complete control in mid-air and biffing it upon landing.

This is escapism as its finest. I’m to watch this, zone out, and forget about what else is happening in the world right now. Join me for a few moments in letting everything else wash away as we watch some dudes eat it:

As pointed out over on The Inertia, ‘The Collective’ was actually a phenomenal ski film from Faction Skis and you watch the entire film in full below on RedBull’s YouTube. But, for every perfectly executed trick you see landed in the film you have an exponential number of crashes and that’s precisely how we ended up with the film above. It’s all of the gnarliest outtakes from this stunning ski footage right here:

I know that’s a pretty long video but it’s worth your time. At the very least you can bookmark this article for later (maybe text it to yourself) and then throw up the YouTube video on your SmartTV using your TV’s web browser for later. That’s how I end up going back to watch most of my YouTube videos these days.