Utah Snowboarder Takes A 2,000-Foot Slide During An Avalanche In The Backcountry 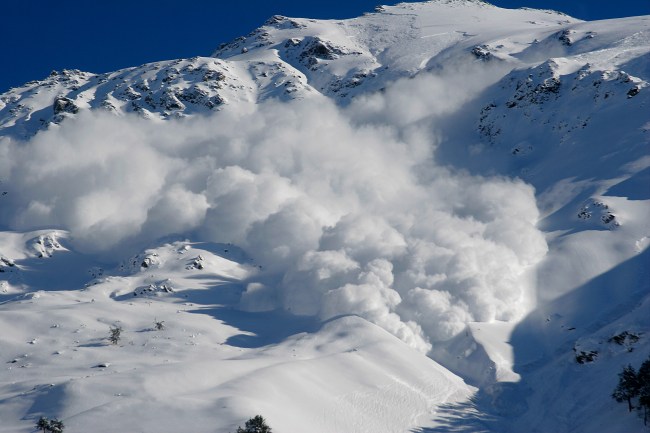 This clip below of a Utah snowboarder sliding 2,000-feet down a mountain during an avalanche is hurting my head for so many reasons. For starters, it’s been over 85-degrees every day for two weeks in a row here in Southwest Florida.

It’s so hot and dry they are doing controlled fires all over the state to get ahead of wildfire season. So the idea of there being snow anywhere right is just so foreign to me given the recent weather.

Also, SO MUCH of the nation is being told to stay at home right now. The entire state of Utah is being asked to ‘Stay Safe, Stay at Home’ and that makes perfect sense in a place like Salt Lake City with a large population but what about the backcountry mountains where you won’t run into another living person all day? Is that really any different than someone taking their boat out fishing in isolation or paddling in lonesome down a river?

In the eyes of the law, I’m sure they’d still frown upon backcountry snowboarding during these circumstances. Even more so when you see footage like this from the Utah Avalanche Center. The snowboarder managed to somehow stay on top of the snow while sliding an estimated 2,000-feet down the mountain. They were obviously putting their lives at risk as a Search and Rescue crew wouldn’t be on hand to save them if they needed rescuing right now.

That second picture is a re-share from the snowboarder who got stuck in the avalanche. Here’s that caption just in case you can’t see it:

Hi everyone. I stepped on a big one yesterday and got carried over 2000 feet and ended up fully, but shallowly buried. I should have died. Because I didn’t I’m sharing this experience with you. #avalanche #utavy #wasatchbackcountry #avalanchesafety .
Yesterday @slcviking and I skied N. Superior and S. Superior. It was glorious. I wanted more. So, knowing that a couple family members were headed up, I said goodbye to @slcviking and went to catch up with them. When I reached the booter at about 10,600, my brother called me and said they had gone over the Black Knob and were going to drop from there. So, I decided to drop from 10,600 and meet them at the bottom.
.
When I dropped, my intent was to ski across a convex start zone to a puffy ridge. Turns out that I ski cut a sensitive slab way too low and dead center. I didn’t reach the ridge and was swept away. I lost my feet. There was no way to arrest and immediately I was engulfed in the avalanche, tumbling, falling, and slamming into stuff. I went over a cliff band, through a choke, and was carried to mid-apron on S. Superior. According to Strava, max speed was 77.2 mph and I went .75 miles.
.
When I realized what I had done, I immediately knew what to expect because I triggered one on S. Superior summit in 2012. I knew probability of injury or death was high. Being airborne in free fall and not knowing what would happen on impact was harrowing, as was the thought was that death was imminent. The avalanche would constrict and squeeze me. It felt so heavy. There was one point where I nearly lost consciousness and all hope. But just as it was getting really dark, the cycle put me close to the surface and I saw light and got air. As the train began to slow, I readied myself for burial and death. When the flow stopped, I was fully buried. But I didn’t feel the immense weight and I could see the surface. I thrashed my head to create space and was able to cough out the snow that filled my lungs and throat. I gathered my wits, caught my breath, and eventually freed my arm. With that I was able to worm out of the debris. .

I feel very fortunate and very guilty. Please try and learn from this.

I don’t think we need a global health crisis to tell us that backcountry snowboarding under dangerous conditions is, in fact, dangerous.

For anyone out there thinking about trying to find some untouched powder on the mountains this weekend, read that description above and then read it again. Send this to your friends thinking about going snowboarding/skiing and make them read it. Just be safe out there, this lockdown won’t last forever.