Ben Affleck, The Absolute King That He Is, Quoted His OWN Movie In His Wedding Speech 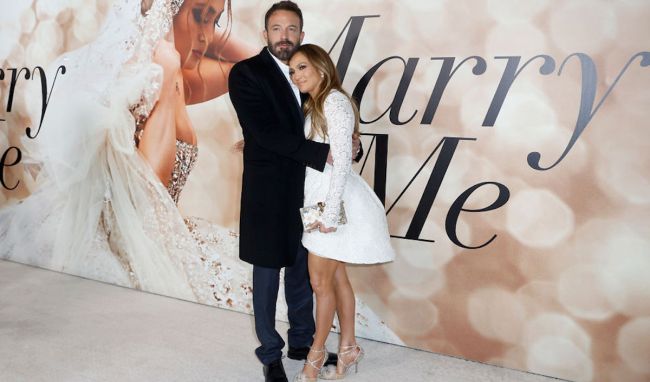 I think I’ve written about Ben Affleck more than any other actor during my three-plus years at BroBible. Not only is he one of the biggest movie stars in Hollywood but his personal life is arguably more dramatic and entertaining. This is a man who’s been famous for about 25 years and has had, like, three career falls-and-rises during that time.

From apparently hand-picking Emily Ratajkowski to appear (in a very sexual role) in Gone Girl, to being homies with fellow A-lister Matt Damon to dating the likes of Ana de Armas and J. Lo, there seems to *always* be something going on in Ben Affleck’s life. Then, on the side — ya know, when he feels like it — he’ll direct a Best Picture winner and suit up as Batman.

And this latest Affleck-centric headline is certainly a case-in-point, as reports indicate that the 50-year-old actor, the absolute king that he is, apparently quoted his OWN movie during his wedding reception speech following his marriage to Jennifer Lopez.

The line: “This is heaven. Right here. We’re in it now.” Lopez called it “one of my favorite lines that Ben wrote from a movie he directed called Live By Night,” she revealed in her “On the JLo” newsletter. “He also said it the night of our wedding reception in his speech, and I thought… how perfect.” [via Uproxx]

Never heard of Live By Night? That’s because of the four feature films that Affleck has directed — Gone Baby Gone, The Town, Argo, and this — Live By Night is the only one that’s considered to be a true misfire, as it made just $23 million at the box office and has just a 34% critics score on Rotten Tomatoes.

RELATED: Celebrate The Anniversary Of ‘Armageddon’ With Ben Affleck’s Iconic Commentary That Dunks All Over It

As for the next time we’ll see our king Slick Benny on the big screen, he’s set to appear in Aquaman and the Lost Kingdom and The Flash as Bruce Wayne/Batman in 2013. He’s also directing a film about the founding of Nike, which he co-wrote with Matt Damon. The pair will be starring in the film, which began production earlier this summer, as Phil Knight and Sonny Vaccaro.