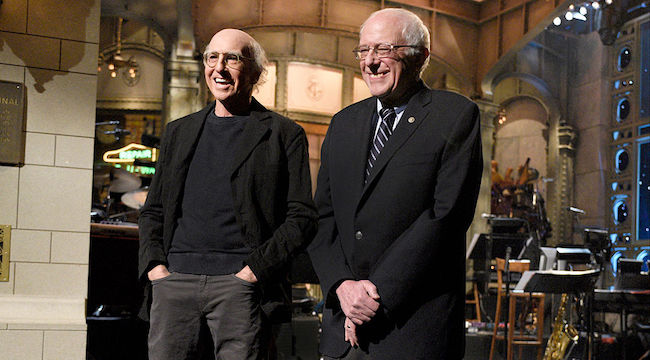 Over the course of the 2016 election cycle, Saturday Night Live recruited a number of celebrities to portray the major players in the world of politics. While Alec Baldwin might have garnered the most attention for his impression of Donald Trump, it’s hard to overlook Larry David’s contribution as Bernie Sanders.

While David didn’t do much to imitate Sanders’ mannerisms, his uncanny resemblance to the senator was more than enough to make up for it. Over the summer, it came out that the two men are actually related, which David said he discovered when he sat down with Henry Louis Gates Jr. for the PBS production Finding Your Roots.

Video of the reveal has finally been released, and it’s better than anyone could have imagined. The Harvard professor presented Sanders and David with a binder containing a picture of a relative they didn’t know they had, and their reactions upon seeing a picture of each other are absolutely priceless.

Gates used DNA analysis to make the discovery, and while it’s not entirely clear how closely the two men are related, David said he thinks they’re third cousins. If you have a lot of time on your hands, the full episode can be viewed on the PBS website.