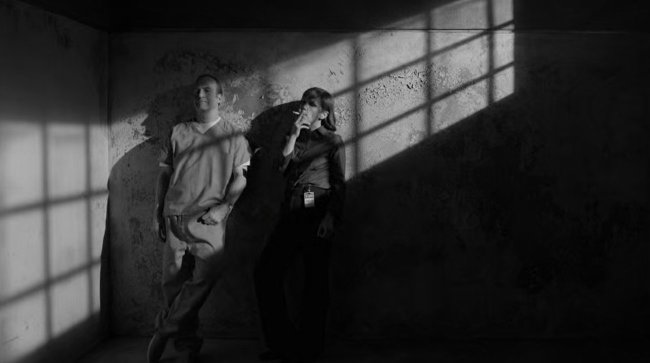 Clearly not satisfied with already producing one of the greatest series finales of all time, Vince Gilligan and Peter Gould — the writers, directors, and creators of Breaking Bad and Better Call Saul — went and pulled it off again with “Saul Gone,” the final episode of the beloved prequel series.

Warning: this article will include spoilers for “Saul Gone”, the series finale of Better Call Saul

During a post-finale junket, though, Gould — who directed the series finale and was the show’s primary creative force during its seven-year run — revealed that they almost went in a different direction with the ending.

“I was on the bubble about the very last scene in the prison yard. There was a version that didn’t have that, that ended ended with the two of them smoking,” Gould said. “I went back and forth on that for a while. Then ultimately, having watched them both, I felt like it was right. It felt more honest, to end with the two of them apart rather than the two of them together. But those were all things that were discussed and struggled with in the editing, moreso than most episodes.”

“When we first broke this episode, the two of them were meeting in Albuquerque before he went to prison. The last scene was him in prison by himself, thinking. I liked that a lot, but it seemed a little cold. Ultimately, we all felt like ending with the two of them felt like felt like the strongest way to go,” Gould said. “In the original version, he was fearful about what was going to happen to him in prison and it was a lot about the fear. This is a very different scene. It’s mostly about connection, and a wistful connection.” [via IndieWire]

The first five seasons of Better Call Saul are currently streaming on Netflix, while the sixth and final can be found over at AMC.

Earlier this week, AMC announced that they were staying in business with both Bob Odenkirk and Giancarlo Esposito (Gus Fring), as the network confirmed that both actors will be starring in their own series, both of which will premiere next year. Odenkirk’s series is titled Straight Man, while Esposito is set to star in Parish.