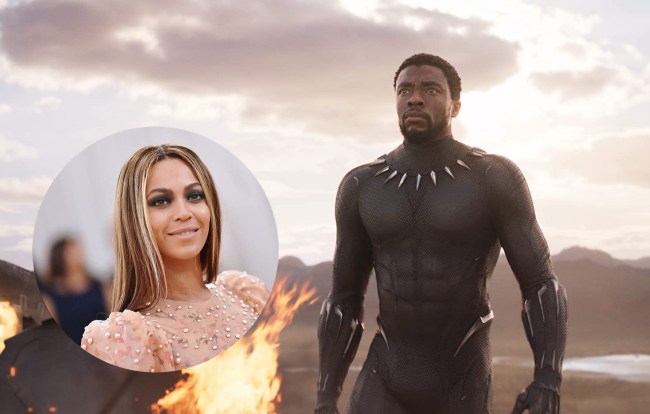 How can you make the sequel to Black Panther even more successful, considering that the original film was nominated for Best Picture at the Academy Awards and grossed over 1.3 billion at the global box office? Simple! You bring arguably the world’s most famous performer, Beyonce, into the fold.

At this time, Black Panther 2 is set to be released sometime after the year 2022, once the Marvel Cinematic Universe kicks off its Phase 5.

According to Elle, Beyonce is reportedly in meetings with Disney concerning a $100 million deal that would involve her in three major movies. One of the projects Beyonce is rumored to be involved in is the upcoming Black Panther sequel. A source for the publication said that the singer has become “a major player” for Disney, and the company is working to get her to voice some of the new documentaries coming out on Disney+. “The negotiations are still ongoing but it’s the final details that are being thrashed out now,” the source claimed. [via Uproxx]

The next Marvel Cinematic Universe to be released will be Black Widow when it hits theaters in November. Then, in October, The Eternals will be released. Next, Shang-Chi and the Legend of the Ten Rings will hit theaters in May 2021. That will then be followed by Thor: Love and Thunder, Doctor Strange in the Multiverse of Madness, and the still-untitled sequel to Spider-Man: Far From Home. Then, once all of those films have been released, fans can expect the likes of Black Panther 2, Captain Marvel 2, and Guardians of the Galaxy Vol. 3.