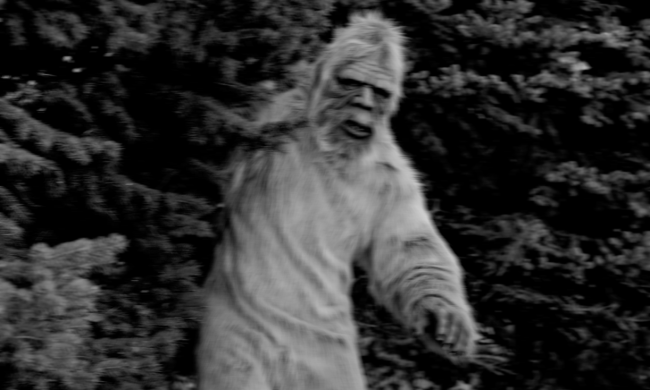 A recent video of an alleged encounter with Bigfoot has gone viral with almost 900 thousand views on TikTok.

In the video, Outdoorsman TikToker Casey Dostert shows how he has been using what he calls a “gifting rock” to exchange items with the cryptid.

“Here I am going back up to the gifting rock once again,” Dostert says as we see him walking up a hill in a forest. “I’ll walk up here, see if the creature left me anything.

“And yes he did!” he says after arriving at the rock. “Sweet!

“He, she, whatever it is… what is it? Looks like a vine, a twisted up vine. It’s fresh,” he tells the camera, describing the gifts Bigfoot has left behind for him. “A jaw to a deer or something. A perfectly square rock. That’s so weird.”

Dostert then explains that because of work he didn’t have time to get much to leave for the creature on the gifting rock, but he wanted to get out there before dark, so he brought Bigfoot a bagel.

“That’s all I got, so I hope he’s happy with it,” he said. “I’ll take his gift. I’ll try to bring him something better tomorrow.”

At that point in the video, Dostert gets startled by a noise and zooms in on a tree in the distance.

“There’s something behind that tree,” he says as he zooms in on something that appears to be hiding behind a dark tree.

He then quietly leaves so as not to frighten off whatever is lurking behind the tree.

A few days later, Dostert shared another TikTok video in which he visited the “gifting rock” only to discover something else had been left behind for him.

Several more Bigfoot videos later, including one in which something seems to throw a rock at him, he posted one this week in which he says he finally got some good evidence, a patch of fur that he says he will be sending in for DNA testing.

Will he be the one person to finally prove the existence of the legendary creature? Guess we will have to stay tuned to find out.