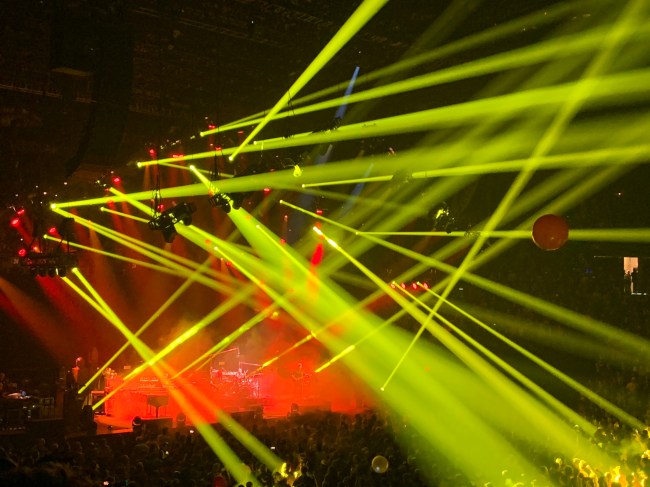 I don’t want to take away from the video below but I shared a doozy of my own after the clip which I think you bros will be into so be sure to scroll past to learn about the time all hell broke loose at a Phish show in Miami after eating some chocolates from a stranger.

This was featured on The Tonight Show Starring Jimmy Fallon last night and it includes a bunch of people sharing their biggest concert FAILs using that trending hashtag.

If I had to pinpoint my biggest concert FAIL or FAILs I’d really need to spend some time thinking about this. I’d also need to get pretty comfortable with publicly sharing the times I was the opposite of sober at concerts. One that comes to mind is the Phish New Year’s Eve show in Miami 2003 when I’d eaten some real tasty chocolates on the way into the show which I’m 100% sure were 100% chocolate and nothing else. I was going to eat the entire chocolate but my buddy stopped me and said ‘hey, why don’t you save half just in case?’ which was the best advice anyone’s ever given me.

Somewhere near the end of the first set I looked around realized everyone in my crew was missing and there was a person next to me dancing in a cow costume and they had hair down to their ass. Every time they’d move their hair would smack me. I was definitely not in a mental state to endure this at the time so I left to go get a water bottle. Now I’d built this up in my head a lot because I was in a weird headspace by this time in the night and I was holding the cash in my hand, rehearsing what I was going to say when I got the counter. “One bottle of water please.” And then I’d hand them the cash.

The line was taking FUCKING FOREVER but I finally got to the front when I turn to my right and see a guy walking toward me who trips over his feet and lands basically laying across my shoes. He then goes into a full-blown seizure. I’m frozen in space. Standing there with the $5 in my hand outstretched rehearsing what I was going to say because words were difficult at this point. I’m now looking down at this person having a seizure on my feet and looking around for anyone to acknowledge that this his happening. People are looking at me like ‘do something!’ and I’m like ‘is this actually happening? Can someone confirm that this is real?’

This all happened within the span of seconds. Someone eventually walked up and put their hands on this person having a seizure literally on top of my feet. He stopped. Looked up bewildered. Stood up and walked away like nothing happened. Meanwhile I’ms tanding there with cash in my hand. I have no fucking clue what that cash is for at this point becuase I’ve lost all track of the world but I realize I’m at the front of the line. So I step forward and just give the person behind the counter the cash and ask them for help. They look at me like I’m a goddamn alien which I very well might’ve appeared to be at that point in time.

Eventually, the words come, I get my water, track down my friends, and everything in the night turned around by holy hell there was a dark period there for a minute. That was the #ConcertFAIL that came to mind.