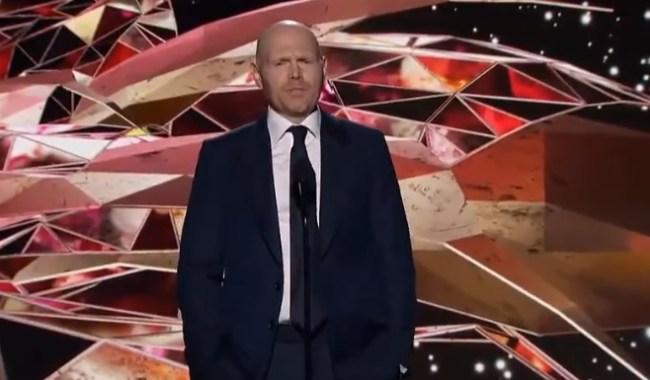 Bill Burr made a brief appearance on the GRAMMYs Premiere show and apparently pissed off the entire Internet.

As soon as Burr was called on stage he mocked the piano performer who was on immediately before him.

“Was I the only who wanted to kill himself during that piano solo?”

Bill Burr came out to present at the Grammys after a piano performance “Was I the only one who wanted to kill himself after that piano solo” pic.twitter.com/BKZf6MhnUZ

Bill Burr butchers women’s name and then is awkwardly forced to accept the award for her at the Grammys pic.twitter.com/xp3143GY1J

While presenting the best “Tropical Latin Album” Burr made a joke about feminists.

“How many feminists are like going nuts, why is this cis white male doing all this Latino stuff?”

The comedian immediately started trending because people were mad at him over his appearance.

The @RecordingAcad needs to own up to this failure of selecting Bill Burr as a presenter. What a terrible choice. He clearly does not recognize how important this is for artists. If you can't get a presenter who gives a fck how do you expect anyone to take you seriously.

Bill Burr was somehow xenophobic, sexist and racist within a span of a few seconds LIKE WHAT

If Bill Burr presenting these nominees isn't an accurate representation of the Academy @ non white artists..

Who decided Bill Burr was a good idea? Ugh.