Bill Burr Got In Trouble For Making Fun Of The Military 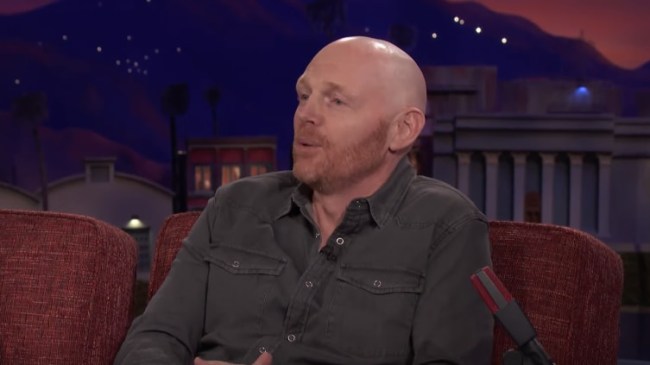 There was a time when jokes were simply jokes and people understood that they were jokes and to not take them too seriously and just laugh at the jokes. That time has come and gone for most, but Bill Burr is a living dinosaur in the world of instant “outrage.” Bill Burr Baggins appeared on Conan where he gave sage advice on how sports fans can deal when their favorite team loses a championship game. While on the late-night talk show the great comedian also told the story of how he got in trouble for making fun of the military.

Bill Burr has a comedy bit about not all military members deserving over-the-top praise like when they walk over to the Delta check-in desk at the airport. Burr knew this was a sensitive subject and didn’t want to offend military veterans so the first place he tried out the controversial comedy routine was at a VFW. And it killed. After getting the approval of vets, Burr used it in his standup routine. That’s when there was a problem. A person in the audience was deeply offended by the joke and stormed towards ole Billy Balldrop and told him to “have some respect” for military members. The beautiful part is that Burr points out that everyone is too uptight and easily offended and then the Conan crowd helps prove his point by groaning several times during his comedy routine. Check out other times Bill Burr offended people on Conan with his comedy.