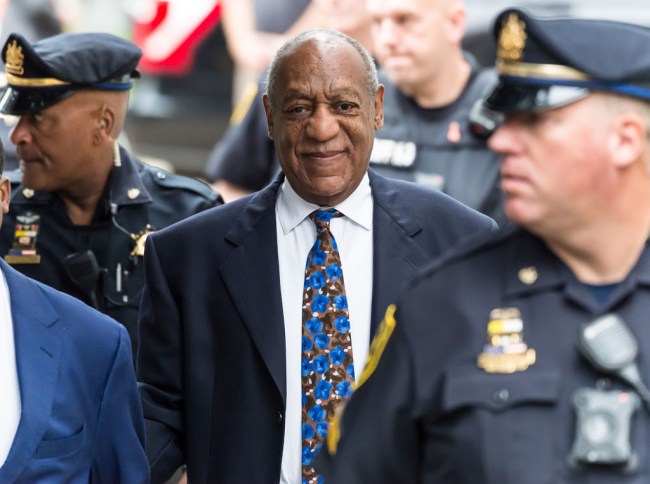 It’s been an interesting weekend on social media, to say the least. You had O.J. Simpson join Twitter only to be the butt of thousands of jokes and Elon Musk deleting tweets after he posted artwork without crediting the artist. Then there was Bill Cosby with a cringeworthy Father’s Day message and the internet wasn’t having it.

Bill Cosby is currently Inmate No. NN7687 at Pennsylvania’s State Correctional Institute Phoenix in Collegeville, Pennsylvania, about 30 miles northwest of Philadelphia. The 81-year-old disgraced comedian is serving three to 10 years in prison after being convicted in 2018 of drugging and sexually assaulting Andrea Constand at his home in 2004.

There have been 60 women who accuse Bill Cosby of engaging in predatory behavior to them dating back as far as 1965. Cosby’s legal team argues that the relationships were consensual.

Whoever is in charge of Cosby’s social media accounts thought it was a great idea to post a cringy Father’s Day message. The Instagram post included a video of a younger Cosby talking about slavery and racism with the caption: “Hey, Hey, Hey…It’s America’s Dad…I know it’s late, but to all of the Dads… It’s an honor to be called a Father, so let’s make today a renewed oath to fulfilling our purpose — strengthening our families and communities.”

The post on Instagram was somewhat mixed with positive and negative comments. But oh boy was it a different story on the hellscape that is Twitter.

O.J. Simpson: “I’m going to join Twitter and get the most negative backlash.”
Bill Cosby: “Hold my spiked beer.”

Nobody wants your "Father's Day" guidance.

When it's "Quaaludes and Spanish Fly Day" you can provide your expert opinion.

Take a wet fart in your hands and clap.

Have you heard of you!?

That prison WiFi must be great

It’s not even that they appeared out of nowhere, it’s that OJ Simpson appeared and said he has a little getting even to do and Bill Cosby came in with “it’s America’s dad,” like we’re in some kind of Twilight Zone funhouse mirror hallway

Just seen two tweets — one from Bill Cosby wishing dads Happy Father's Day and the other a video from OJ Simpson saying Khloe Kardashian isn't his daughter. That's about enough internet for me this evening. pic.twitter.com/FV0qjjLSTH

A spokesperson for Cosby said the comedian did not share the social media posts from maximum security prison, but it was created by someone else on his behalf.