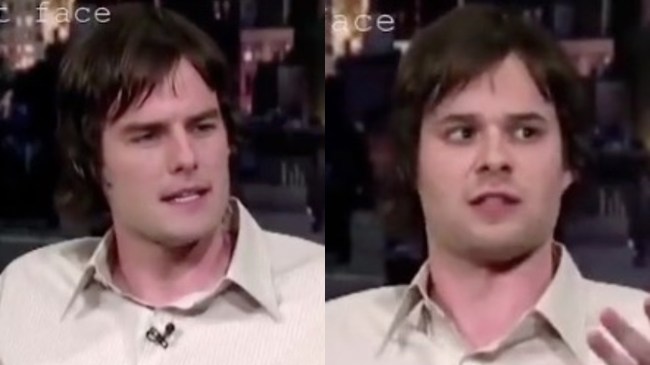 Folks, if you weren’t deathly afraid of technology before, then let me tell you… today is the day.

If you’ve never heard of deepfakes, get ready for a crash course lesson, because the video you’re about to see is potentially the Mona Lisa of deepfake technology.

But first, what is a deepfake? According to Wikipedia, deepfake “is a technique for human image synthesis based on artificial intelligence” and “is used to combine and superimpose existing images and videos onto source images or videos using a machine learning technique known as generative adversarial network.”

In layman’s terms, it is essentially a technology that allows computer geniuses (or psychos, depending on how you look at it) to overlay the face of one person onto the face of another person.

In a clip that features Saturday Night Live and Barry star Bill Hader appearing on The Late Show with David Letterman back in the day, YouTuber Ctrl Shift Face overlayed the faces of Tom Cruise and Seth Rogen onto Hader’s WHILE he was impersonating him, and the result is A) well, pretty fucking incredible and B) substantially shocking.

I mean… we’re totally fucked, right? The seamlessness of this video — while impressive — is also an ominous reminder of how far this technology has come and what it could be potentially used for in the future.

If you thought fake news was an issue before, just wait until Fox News accidentally runs a deepfake video of Bernie Sandesr smoking crack.

The future is many things, my friends, and frightening is certainly one of them.