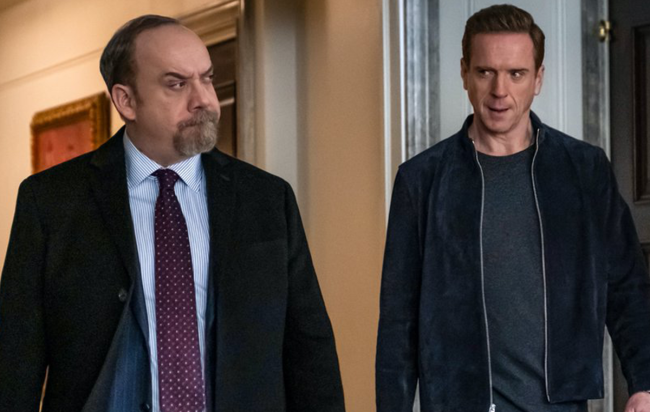 Television viewers seem to have an undying love for shows that can essentially be described as “Insanely Rich Assholes Being Assholes To Each Other,” and in recent years, they’ve been treated to a couple of notable programs that have harnessed that tried-and-true formula in the form of HBO’s Succession and Showtime’s Billions.

I don’t know if people enjoy living vicariously through the unnecessarily wealthy douchebags at the center of both of those shows or simply enjoy the enormous amount of drama that comes with living a lifestyle the vast majority of people on the planet will never come close to sniffing, but regardless, they’ve both managed to develop a relatively small but incredibly devoted fanbase.

Succession saw a spike in popularity among Twitter’s Very Online crowd over the course of its second season, but this week, Billions has been the hot topic of discussion on the platform courtesy of the GameStop saga that has pitted the hedge funds the show draws from for inspiration against the day traders who’ve staged a bit of a revolt in an attempt to stick it to the man (and make a tidy profit in the process).

When you consider the character of Bobby Axelrod was partially based on Steve Cohen (who swooped in like the vulture he is to “rescue” an investment firm that suffered crippling losses as the result of a disastrous short), a seemingly countless number of people have hopped on Twitter to suggest Billions should rip this story from the headlines. Many of them have mentioned co-creator Brian Koppelman while voicing this incredibly original proposition, and the showrunner has responded by devoting a solid amount of the past couple of days to trolling them.

On Wednesday, Koppelman let everyone know that he had indeed heard about the GameStop situation just like virtually every single person on the internet.

Team: 700 of you have sent the Gamestop story to us. We get it. It's a big financial story. Feels like Billions. Understood. Thank you. Got it. Short squeeze. Reddit. Drama.

Since then, he’s gone on a quote-tweeting spree to thank everyone who continues to make their way into his mentions as if they think the man responsible for overseeing a show about a hedge fund would somehow be unaware of what was unfolding.

Whew. Glad someone pointed me toward this. https://t.co/Do28SFZktN

thanks for this insight https://t.co/CL0s1IhrVP

Whew. Glad someone pointed me toward this. https://t.co/Do28SFZktN

Thanks for the tip! https://t.co/LEbWEYujv9

This is the third or fourth time this exact twist on the thing has been pitched in last 12 hours. https://t.co/ENqVSHdO6X

Much like GameStop, Koppelman has fallen victim to a meme (although he really has no one to blame but himself for its creation), as it seems like more than a few people have started to do some trolling of their own by tagging him in purposefully trite tweets, continuing in the proud tradition of people on the internet beating every single joke into a bloody pulp.