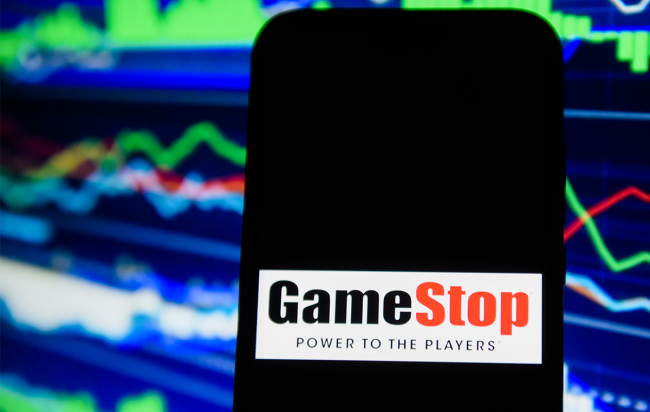 Over the course of the decade I’ve spent writing things on the internet, I’ve come across some truly wild stories, but I’m not sure if anything comes close to measuring up to what’s recently unfolded after a bunch of day traders on Reddit used the power of memes to send GameStop stock skyrocketing to the heavens and stick it to Wall Street in the process.

If you’re unfamiliar with the saga that’s unfolded over the past week or so, GameStop drew the attention of the denizens of r/wallstreetbets, a subreddit that’s traditionally been a place where people with an affinity for making some particularly daring bets on the stock market go to brag about their Gainz or ask for advice after realizing the might lose their house as a result of a margin call.

GameStop wasn’t doing too hot prior to the arrival of the pandemic, and when it arrived, the chain found itself in dire straits. In the proud spirit of capitalism, a number of investment firms attempted to take advantage by shorting the stock in the hopes they’d be able to reap the benefits if the company ultimately crashed.

Unfortunately for them, some of those positions came to the attention of some Wall Street Bettors, who realized they’d be able to exploit them in the same way those firms were attempting to exploit GameStop (it’s worth noting this situation isn’t unprecedented, as other investors have previously seen their bets implode in spectacular fashion because they couldn’t resist the urge to let the entire world know they made them).

Things officially came to a head last Friday after Citron Research’s Andrew Left went to war with the day traders only to find himself soundly defeated when they began pumping money into GameStop’s stock, which resulted in trading being temporarily halted after its value jumped 70% in the course of an hour.

It turns out that was only the beginning, as the wild ride resumed when trading opened on Monday. The stock—which closed at $64.75 at the end of the week—peaked at almost $120, and when Tuesday came to an end, GameSpot shares were sitting at around $146, and the Reddit user responsible for sparking the surge had turned the $50K he’d put on the line into over $22 million.

The redditor who started the $GME saga DeepFuckingValue has turned his $50K position into >$22Mhttps://t.co/RGQ9ODQMHw pic.twitter.com/n5LPnl6epg

On Tuesday, Elon Musk—a 49-year-old man who loves himself a good meme—entered the fray, and when the market opened on Wednesday, GameStop jumped to $355 in the course of 30 minutes (as of this writing, it’s sitting at around $295).

However, he’s not the only notable name who’s gotten in on the fun. On Monday, hedge fund Melvin Capital issued a call for help after its GameStop short backfired in a spectacular fashion. It found some in the form of Citadel and Point72, who swooped in to pick at its corpse by injecting some capital to help it weather the storm in the short-term and earn the right to profit off of some of their future gains.

Even if you’ve never heard of either of those firms, you’re likely familiar with Steve Cohen, who recently purchased the New York Mets with some of the billions of dollars he’s made since founding Point72. While it’s unclear how big the Melvin bailout was, it appears the truly absurd rally that continued after he got in on the action has erased basically all of it (I’d like to thank the kind people of r/wallstreetbets—which is now sort of a de facto hedge fund—for explaining this entire thing much, much better than I can).

Cohen has an estimated net worth of $14 billion, so he’s probably going to be just fine regardless of how all of this ultimately plays out. On Tuesday night, he hopped on Twitter to announce he could care less about what the haters (of which there are many) were doing in an attempt to stick it to him and the rest of Wall Street.

Again, Cohen is disgustingly rich, and if any Mets fans were worried about the impact this could potentially have on the team, the owner put those worries to rest after someone inquired about the potential ramifications.

Why would one have anything to do with the other

Melvin has reportedly closed out its GameStop short to put a Band-Aid on the gaping wound that seems to have drained almost all of its lifeblood, and it seems likely Point72 and Citadel made the firm agree to terms that will allow them to reap the benefits of future long-term gains assuming the firm doesn’t crater entirely.

It appears r/wallstreetbets has now turned its attention to AMC, which is having a pretty good day after a disastrous year.

Amazing – just halted trading on AMC, the next GameStop. It went from $5 at the close yesterday, then opened at *20* this morning after Reddit made it their next target. pic.twitter.com/6Q2Gglp66l

Strap in, folks. I don’t think this ride will be coming to an end any time soon.