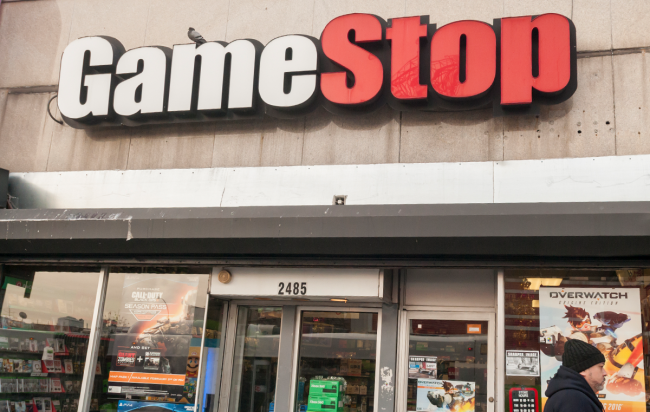 It’s now easier than ever to get your sports betting fix thanks to the increasing number of states that have made it legal to put money on games without having to leave your couch, but in recent years, there’s another type of gambling that’s taken the world by storm: day trading.

When sports basically stopped being a thing last year, plenty of people turn to day trading in an attempt to whet their wagering whistle, with many new investors downloading Robinhood to try their luck with the stock market.

I got a firsthand look at the potential pitfalls of this particular pastime in college when I got back to my dorm one day and was greeted by one of my roommates, who was on the phone with his parents trying to explain why he needed $2,000 after finding himself on the receiving end of a margin call thanks to an ill-advised bet on oil futures. As a result, I’ve more than happy to sit on the sidelines while the amateur day traders on the subreddit r/wallstreetbets share their success and (more often than not) horror stories.

Over the summer, a number of real, actual traders on Wall Street suggested that Reddit speculators and other newcomers to the game could be partially responsible for the formation of a potential bubble, as many of them have gravitated to penny stocks and placed bets on companies that have filed for bankruptcy in the hopes they might be able to reap the benefits if they’re able to successfully restructure.

Many of the publically-traded corporations in question have found themselves in dire straits thanks to the pandemic—like GameStop, which was already struggling before it was forced to temporarily shut down thousands of stores last year. As a result, the company’s stock attracted the interest of some short-sellers, including the investment firm Citron Research.

However, Reddit’s Wall Street Betters decided to take a different approach—much to the chagrin of Citron, which recently saw its bearish bet in jeopardy as bulls continued to climb onto the bandwagon in the name of memes (here’s a brief explainer if you’re as lost as I was when I first encountered this story).

Things officially came to a head on Friday, a day after Citron’s Andrew Left uploaded a video listing the reasons he believed it was only a matter of time until GameStop’s stock dropped to $20 from the $40 mark it had been hovering around over the course previous week.

While I guess there’s a chance that prophecy could still be fulfilled, I’m going to guess Left was less than thrilled with what happened around noon on Friday, as spiteful traders were responsible for the value of GameStop stock skyrocketing almost 70% over the course of an hour before trading was temporarily halted.

Gamestop is up the same amount today as Bitcoin is in over 3 years. pic.twitter.com/FDvRNjOI4F

The spike came after Left released a statement describing the “shameful” behavior of the people he seems to view as market manipulators, claiming he’s been in contact with law enforcement officials concerning individuals who’ve harassed him and his family over the stock.

Citron Research showing a level of anger towards GameStop not seen since they offered me $8 in credit when I tried to trade in Super Mario 64. pic.twitter.com/7IB0sjl72p

After trading resumed, the price began to drop, but GameStop is still sitting around $57 as of this writing and has risen around 1,245% compared to this time last year. If we can learn anything here, it’s that you should never underestimate the power of the internet scorned.

Update: Gamestop trading was halted after triggering a circuit breaker stoppage over volatility.