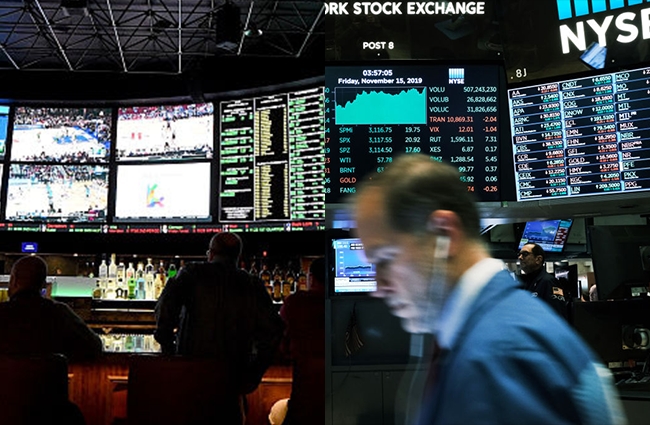 There are a number of strategies you can employ when it comes to teaching teenagers how to avoid making poor decisions with their life but there is perhaps no one more popular than the “Fear Of God” approach that high schools seem so fond of turning to when warning students about the variety of ways they can ruin their future.

I’ve done things in a D.A.R.E. shirt I bought at a thrift shop a few years ago that would be severely frowned upon by the community liaison at my school who was fond of equating weed with heroin, and while I’ve thankfully never had to test this hypothesis, I’ve always told myself having a tube shoved down your throat to get your stomach pumped while you’re blackout drunk isn’t as big of a deal as it’s made out to be because it’s not like you’re going to remember it happening.

However, there is one vice I’ve largely avoided since watching the episode of The Sopranos where A.J. gets involved with a couple of college kids who have a nice side hustle in the form of a sports betting operation. It might be totally irrational, but ever since seeing them pour sulfuric acid on the foot of a guy who didn’t pay up, I’ve strayed away from putting myself in the position to owe the wrong kind of people some money.

Gambling on sports has become increasingly normalized since the Supreme Court ruled the law that formerly banned it was unconstitutional but I’m still waiting for it to be legalized in my state. As a result, my sports wagering expenditures are largely limited to Super Bowl prop bets, fantasy football leagues, and March Madness brackets.

However, betting on sports is literally a way of life for some people, so while most fans were devastated when the world of athletics stopped spinning a couple of months ago, professional gamblers and amateur degenerates suddenly found themselves facing an existential crisis.

A couple of weeks after virtually everything was canceled, a report surfaced that said the New York City mafia was having a pretty rough time because the only action its bookies were able to offer concerned African cricket matches and Australian soccer games.

So where have all the sports bettors gone? If The Financial Times is to be believed, they’ve set their eyes on a new domain: the stock market.

The outlet reports some of the biggest investment platforms in America have seen a sizeable influx of new users since the middle of March, and while many of them are obviously just trying to take advantage of a potential market bottom, an analyst at the brokerage firm Sandler O’Neill said he’s seen evidence that people are turning to stocks as an alternative form of entertainment without sports to distract them.

One man who was interviewed said he used to drop a few hundred dollars on games every night but has now started trading, noting that he’s found one upside in the ability to cut your losses if you so choose as opposed to losing everything when a bad beat ruins your parlay.

While that story is anecdotal, there are definitely a fair number of people out there who need to constantly have some sort of action going like they need air to breathe so it’s not too farfetched to suggest there are plenty of others like that guy.

If you’re suddenly inspired to join this movement, I would highly encourage you to check out some of the horror stories over at r/WallStreetBets posted by people who convinced themselves anyone can day trade until learning that is decidedly not the case.  If you still decide to go through with it, I wish you the best of luck in getting a better return on your investment than you did when you had the brilliant idea to buy Bitcoin at the end of 2017.