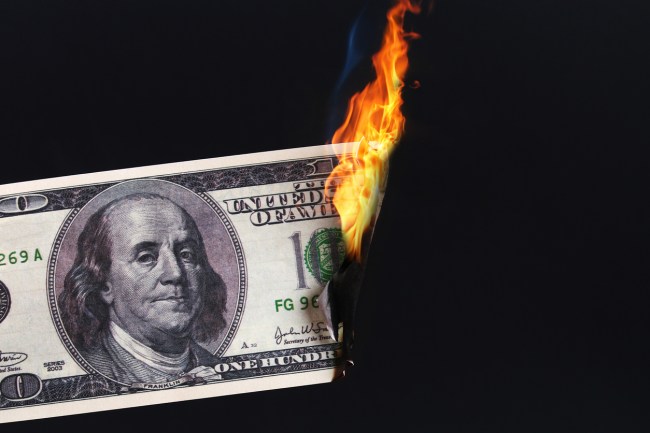 The Italian mafia has served as the inspiration for an impressive number of iconic pop culture creations over the decades, with The Godfather paving the way for Martin Scorcese to paint multiple masterpieces about the inner-workings of the underworld before The Sopranos helped usher in not a just a new era for the mob but for television as we know it.

All of those projects have played a major role in romanticizing the lifestyles depicted in them and I’ve always found it interesting how many people are willing to turn a blind eye to the reality that almost every major player is a psychopathic criminal because they like the clothes they wear, the cars they drive, and the manner of speech that is responsible for arguably the best thing the internet has ever produced.

My [28F] boyfriend [29M] of two years will not stop speaking in a fake Italian-American accent and keeps making up foreign words pic.twitter.com/r2y9rH4ozj

It can be easy to forget that there was a time not too long ago where the mafia was one of the most powerful groups in New York City and that mob bosses were getting gunned down in public all the way into the 1980s. Sure, they may have worn nice suits and apologized to their grandmother if they put their elbows on the table at Sunday dinner, but at the end of the day, these were guys that made a living making life a living hell for a lot of people.

It can also be easy to forget that the mafia is still around today. Most of the recognizable names are dead or in prison and incidents of powerful men in fur coats getting riddled with bullets in broad daylight are few and far between but the mob is still alive and well.

It’s been a few years since the Supreme Court ruled sports betting is legal in America, which wasn’t great news for anyone who relies on illegal bookmaking to make money. It seems likely New York will eventually follow New Jersey’s lead by allowing sanctioned sportsbooks to operate within its borders, but until then, the mafia can continue to operate how it has for over a century.

Sadly, it’s a bit tough to make money when your customers don’t have any games to bet on.

According to The New York Post, law enforcement agencies tasked with monitoring the mafia say the mob is currently missing out on tens of millions of dollars it would usually be able to rely on if it was still business as usual in the world of sports. While some true degenerates have been hammering cricket matches in Africa and Australian soccer games, that’s a drop in the bucket compared to all of the action we’re currently being deprived of (and the revenue bookies are missing out on).

Restaurants, construction sites, and waste management—three of the mafia’s other favorite hustles—have also been impacted by closures in recent weeks and it appears the attention has now turned to drugs, which probably isn’t the worst move considering how bored everyone is.

Now all they have to do is figure out how to pull off contactless delivery.