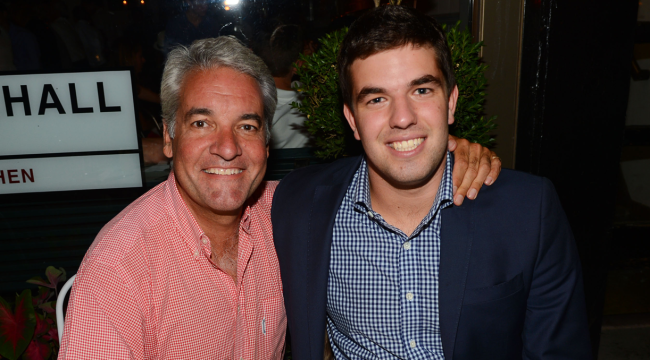 Just a few months after being released from a federal penitentiary, Fyre Festival fraudster Billy McFarland was back in the news with plans for a new event.

In October, McFarland posted his first TikTok video promoting a new project that he referred to as PYRT.

He also opened up a new YouTube channel with the handle “pyrtbilly” which revealed some sort of clue to … something.

No real concrete details were provided about McFarland’s latest venture, but TMZ said their sources told them at the time that he was working on creating another festival.

Fast forward to this week and more confusing details have come out regarding Billy McFarland’s new venture.

First of all, in a recent TikTok video, McFarland states, “PYRT is not a festival. It is not an event. And it’s definitely not a metaverse.”

PYRT is pronounced “pirate,” by the way.

@pyrtbilly For all of those that either love to hate or genuinely support me… THIS is what I've been working on. THIS is what will clear the air. THIS IS PYRT @PYRT 🏴‍☠️ ♬ Super Gremlin – Kodak Black

While it may not be a festival, it will take place on a “small, remote island” and feature a “handful of artists, content creators, entrepreneurs.”

In a teaser video for his teaser video, the Mirror reports McFarland said about his new event, “Obviously, I’ve had a little too much time to think about this, but I do feel that the moment’s right to start making this up to everybody.

“You might have guessed, but I’m working on something new,” he continued. “This time it’s a little crazier, but a whole lot bigger than anything I’ve ever tried before.

“I promise I’m going to tell you everything in November, but before we get there, there’s one thing you need to know now. This time, everybody’s invited.”

McFarland’s most recent TikTok video, which he also shared on YouTube, does little to clarify just exactly what Billy McFarland really has planned.

In it, he talks about flying in a plane and experiencing zero gravity to celebrate his first podcast.

What the hell is he going to do next? Only he knows, and why.