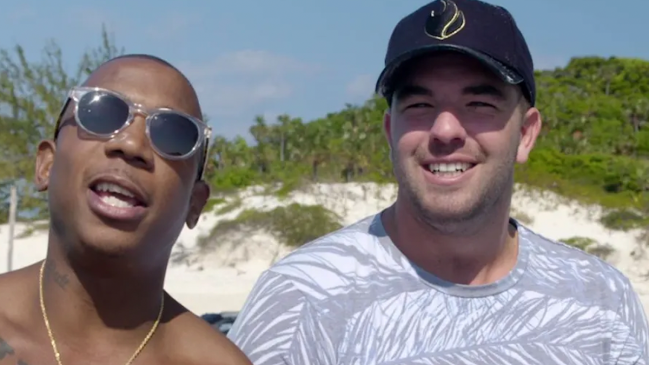 It’s hard to believe it’s been over five years since the internet was treated to one of the wildest sagas to ever play out online in real-time courtesy of Fyre Festival, the ill-fated gathering in the Bahamas that transformed into such an unmitigated disaster that it eventually spawned multiple documentaries chronicling the many, many things that went wrong during that fateful weekend in April 2017.

Ja Rule was not only able to wriggle out of the legal trouble he found himself in due to his involvement with the proverbial dumpster fyre but was able to cash in by hopping on the NFT bandwagon before that bubble burst in spectacular fashion.

However, the same can’t be said about Billy McFarland, the serial entrepreneur who served as the mastermind behind Fyre Festival and landed in federal prison after pleading guilty to fraud charges that were accompanied by an order to repay the more than $26 million he was able to scam out of investors and attendees.

The U.S. Marshalls did what they could to recoup some of those funds by auctioning off merch that was made for the gathering, but officials had trouble putting a dent in that massive sum before a number of ticketholders accepted some pretty measly settlement checks they received as compensation for getting to live out the millennial equivalent of Lord of the Flies.

McFarland ultimately served four years of his six-year sentence before being released on house arrest earlier this year. As of last month, he’s officially a free man—and it appears he wasted no time picking up where he left off.

On Monday, the man behind the fiasco that was documented on Twitter and Instagram made his grand debut on TikTok in a video where he acknowledged his previous mistakes while promoting a new project that appears to be associated with a brand dubbed “PYRT.”

♬ I Can Do Anything / Finale – Christopher Lennertz

McFarland’s first post is fairly cryptic but seems to be linked to some sort of treasure hunt, and the first “clue” popped up on his new YouTube channel around the same time.

We’ll likely have to wait until November to get a better idea of what he has in the works, but TMZ reports it spoke with sources close to McFarland who claim he’s plotting another festival.

At this point, it’s almost hard to not be intrigued by the project when you consider it would be a very bold move to try to pull off yet another scam after what went down on Great Exuma in 2017. Of course, we’re also talking about a guy who was accused of running a racket involving fake ticket sales while awaiting trial for fraud, so engage at your own risk.