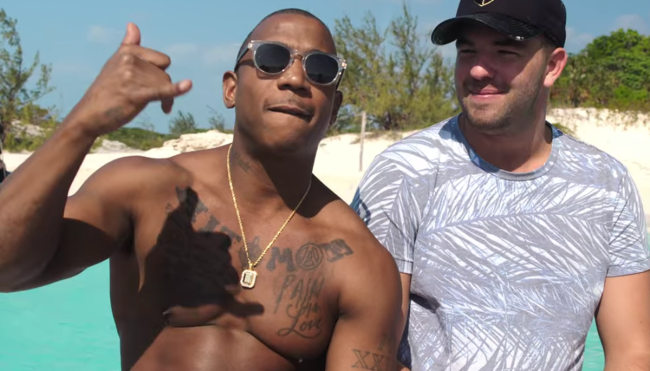 Next month will mark the fourth anniversary of the fateful weekend that saw hundreds of aspiring influencers make their way down to the Bahamas to attend Fyre Festival only to find themselves thrust into a living nightmare after discovering they’d stumbled into the millennial version of Lord of the Flies and provided the internet with one of the biggest helpings of schadenfreude its ever been served.

The unmitigated disaster sparked one of the most fascinating sagas in recent memory that led to Fyre Festival mastermind Billy McFarland being sentenced to six years in prison and on the hook for $26 million after the attendees who were promised the pinnacle of luxury were treated to water-logged tents, stolen luggage, and the saddest sandwiches the world has ever seen.

McFarland may have been Fyre Festival’s primary architect, but he had help from plenty of people when it came to putting it all together—including Ja Rule, who also found himself in a bit of legal trouble due to his involvement but was ultimately able to avoid befalling the same fate as his business partner.

It’s safe to assume the man who resorted to plugging a tax prep service on social media last year didn’t experience the financial windfall he was hoping for as a result of the ill-fated event. However, it looks like he’s finally managed to capitalize on the debacle, as the most recent answer to Dave Chappelle’s eternal question “Where is Ja????” is “Selling a Fyre Festival painting as an NFT for an absurd amount of money.”

Earlier this month, the rapper announced he was auctioning off a one-of-a-kind painting of the Fyre Festival logo that artist Tripp Derrick Barnes whipped up for the company’s office in New York City.

The auction for the painting was held on a website Ja Rule recently helped launch that he hopes “can be the Christie’s of physical NFTs,” which, unlike the digital counterparts that have become all the rage this year, provide the winning bidder with a “cryptographically secure link” they can either cash in for the actual piece of art they bid on or hold onto the token to offload to someone else.

When the auction launched, Ja Rule predicted what he dubbed “a piece of pop culture infamy” would ultimately sell for $600,000.

When the auction closed on Thursday, he hopped on Twitter and revealed it was unloaded for $122,000, which may only be a fifth of what he was hoping for but certainly isn’t too shabby.