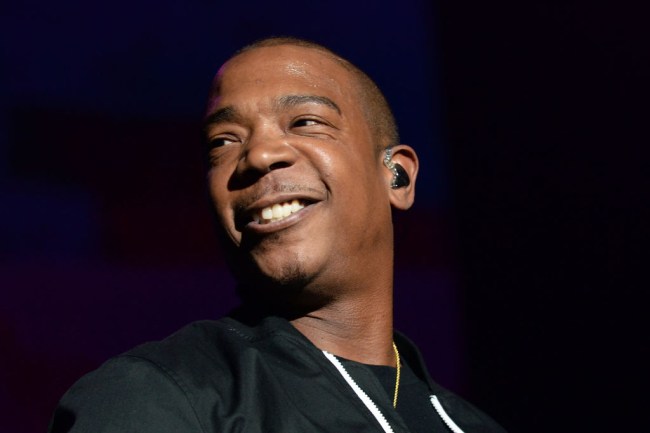 Ja Rule may not have made as much of a lasting mark on the music industry compared to some of the other hip-hop artists who rose to prominence in the New York City rap scene around the same time he did, and while he was outshined by the likes of 50 Cent, DMX, and the Dipset crew, he did what he could to hang with the big boys.

Ja largely relied on a tried and tested strategy of recording tracks with some of the most talented female vocalists in the game and his collaborations with Christina Milian, Jennifer Lopez, and (most notably) Ashanti helped propel him to relative fame.

Of course, I’d also be remiss if I didn’t mention “New York,” the iconic song he made alongside Fat Joe and Jadakiss that took 106 & Park by storm and (as far as I’m concerned) remains the definitive NYC rap anthem despite the best efforts of Jay-Z and Alicia Keys to unseat it with “Empire State of Mind.”

Ja Rule’s career had all but dropped off by the end of the 2010s and he hammered the final nail in his coffin when he was sent to prison for two years after getting nabbed for illegal possession of a gun in addition to tax evasion (I advise you to keep that second charge in mind as you continue reading).

The rapper had hustled from a young age, and while he attempted to revive his music career, he found himself pursuing some other business opportunities after being introduced to Billy McFarland, who tapped him to be a spokesperson for Magnises, which was marketed as a credit card for millennials willing to pay $250 a year for something that didn’t actually do anything that a credit card does.

The duo eventually turned their attention to bigger and better things in the form of a massive gathering in the Bahamas that was dubbed “Fyre Festival” and Ja Rule did everything in his power to convince people who were easily influenced by influencers that they’d be missing out on the opportunity of a lifetime if they didn’t buy a ticket.

As we all know by now, Fyre Festival was an unmitigated disaster that resulted in hundreds of aspiring attendees getting stranded at a campsite where the only rule was that there were no rules. However, it’s safe to say none of the festivalgoers were as traumatized as the guy who McFarland directed to blow a government official so they could get some potable water.

Ja Rule has gone on record as saying he was not thrilled with how he was portrayed in the two documentaries that chronicled the infamous shitshow and continues to maintain it was a good idea in theory while also trying to hype his own version of the booking platform the festival was meant to promote.

After being officially cleared of any wrongdoing last year, Ja Rule has decided to use whatever star power he has left to endorse yet another venture in the form of…a tax preparation service based in Newark, New Jersey?

IT’S TAX SEASON!!! It’s simple walk in let us do your taxes, walk out with cash in hand… we also do credit repair!!! #Valuetax pic.twitter.com/uAc4DM0GGj

I don’t want to speak ill of ValueTax, and while I’m sure there’s a chance it’s a perfectly reputable preparation service, I’m hesitant to put my trust into a business that thinks a guy who got sent to prison for not paying taxes and who was at the center of one of the most impressively boneheaded scams the world has ever seen is the person who should be tapped to give them some publicity.

My suggestion? They should browse Cameo for a washed-up celebrity willing to film a commercial for cheap. Riff Raff is only charging $100 and I’d be far more inclined to trust him when it comes to making important financial decisions.