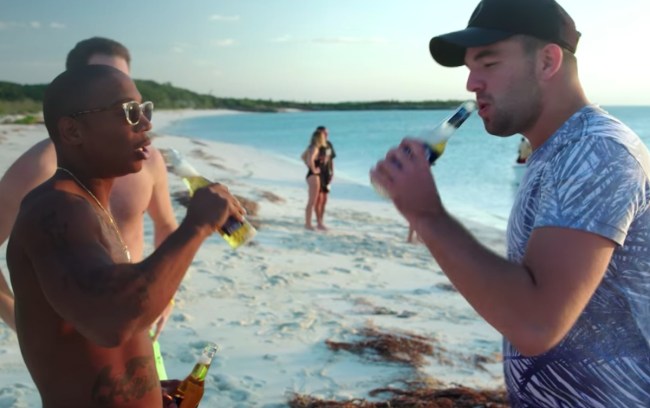 There’s nothing that raises my mood like a little bit of schadenfreude so I was naturally elated when I first found out about the miserable failure that was Fyre Festival, which had promised to be an event unlike anything that had come before it.

In fairness, Fyre Festival did actually kind of manage to live up to its promise in the sense that it rivals the Rolling Stones concert at Altamont when it comes to the most poorly-planned musical events of all time.

The majority of the people who were lured to the Bahamas were motivated in no small part to the opportunity to make their Instagram followers feel jealous so we were lucky enough to watch things play out in real time as they documented the disaster.

Fyre Festival was the brainchild of Billy McFarland, a serial scam artist who was eventually sentenced to six years in prison and at the center of the two documentaries chronicling the debacle that debuted last week.

I haven’t gotten around to seeing Hulu’s interpretation of the events but I watched the doc that hit Netflix on Friday and was blown away at just how impressively inept the people behind Fyre Festival were.

Looking back, one of the funniest aspects of the attempt at an event was the fact that McFarland ignored the sage advice of Dave Chappelle and decided Ja Rule was the guy to turn to when he needed an opinion on something.

On Sunday, the rapper sent out a series of tweets claiming people don’t know the “real” story behind Fyre Festival despite two competing documentaries that seemed to do a pretty damn good job telling it.

I had an amazing vision to create a festival like NO OTHER!!! I would NEVER SCAM or FRAUD anyone what sense does that make???

That’s an intriguing point, but if Bernie Madoff’s success taught me anything, it’s that frauding people actually makes a lot of sense unless you get caught.

He also claimed McFarland had taken money from Hulu and that the social media vultures they hired to promote the festival were compensated by Netflix.

Hulu PAID BILLY!!! That money should’ve went to the Bahamian ppl Netflix PAID fuck Jerry the same guys that did the promo for the festival… 🤦🏾‍♂️

It’s worth noting he did not post pictures of said receipts.

He would go on to say he was actually a victim of Fyre Festival and suffered the same fate of the influenceable influencers who got scammed.

I NEVER MADE OR GOT PAID ONE DOLLAR FROM FYRE… BUT EVERYONE ELSE DID!!! https://t.co/35fwx5iuvF

I too was hustled, scammed, bamboozled, hood winked, lead astray!!!