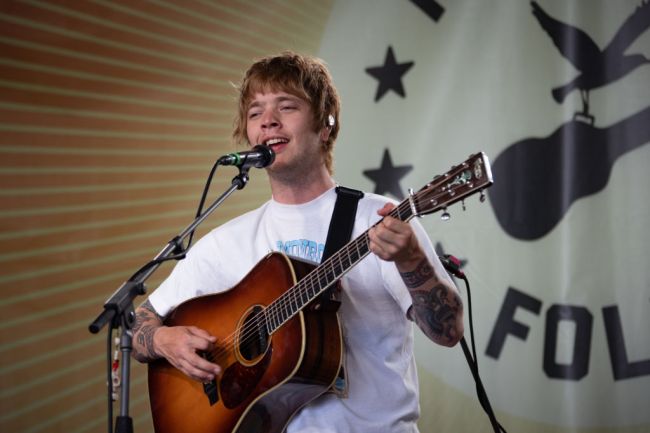 In September 2021, banjo virtuoso Béla Fleck released a new album called My Bluegrass Heart. The project features 19 original bluegrass compositions by Béla – the third installment of a trilogy of albums dating back to 1988.

The album’s collaborative spirit makes My Bluegrass Heart so special. Like a true bandleader, Béla recorded tracks featuring some of the best multi-generational talent in the modern bluegrass scene.

Béla Fleck staged special performances of the music in early January, at New York City’s Carnegie Hall and Nashville’s history The Ryman Auditorium. The banjoist was joined by an all-star ensemble for each show, including Sam Bush, Jerry Douglas, and Billy Strings – who had an explosive year in 2021.

Both star-studded shows were lauded as”epic and historic” by many music fans. It’s certainly no easy feat to get all those people together in the same room at the same time. As a longtime fan, it’s an electric performance. Fan-filmed YouTube videos have popped up on YouTube, much to the praise of those who couldn’t be in attendance that night.

Béla shared a video of the evening on his Facebook page, with Billy Strings commenting: “Bela! You’re the best. Thank you for having me along for the ride!! That was wild”.  Another commenter added, with a chuckle, “Man, you guys shouldn’t be all in the same place – what if a disaster happens, bluegrass would be finished.”

Billy Strings claps back at the haters

Opinions about music are always subjective. Tastes differ, person to person. You know what they say about this sort of thing – everybody has one and they usually stink.

Unfortunately, one Debbie Downer decided to spoil the party in the comments of the video, calling the music “boring.”

Billy Strings chimed in, clapping back at the commenter.

Billy Strings got ‘em with this one. pic.twitter.com/XGQbyzCAyK

Usually, it’s best to not engage with trolls on the Internet – no one really wins. But Strings clapped back thoughtfully and masterfully here, especially with that P.S.:

Just another reason why Strings is The People’s Champion.

Speaking of Strings – The guitarist is continuing on his tear. He just released an official music video for “Love and Regret”, which is nominated for Best American Roots Performance by the Grammys.