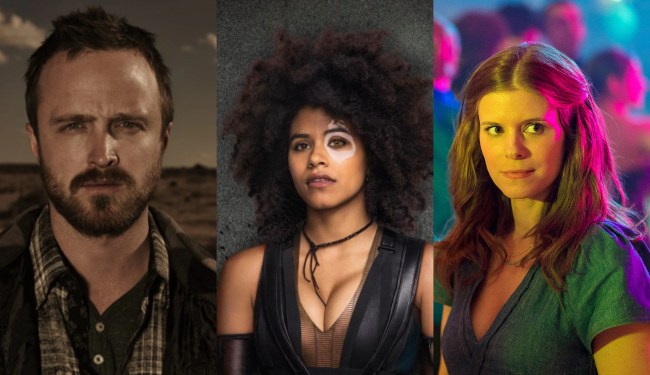 Having last aired a proper season back in 2019, Netflix’s dystopian sci-fi hit Black Mirror is set to begin ramping up production on season six in the coming months as (some of) the cast has been officially announced.

Set to feature in the upcoming batch of episodes are the likes of Aaron Paul (Breaking Bad), Zazie Beets (Deadpool 2), Kate Mara (A Teacher), Josh Hartnett (Pearl Harbor), and more.

The cast of Black Mirror season six has been unveiled

Specific details about stories are still being kept under wraps, but Season 6 will have more episodes than Season 5, which comprised of just three instalments and starred Andrew Scott, Anthony Mackie, Yahya Abdul-Mateen II, Topher Grace and Miley Cyrus. [via Variety]

Back in May 2020, Charlie Brooker — the creator of the series — half-kiddingly claimed that he wasn’t currently developing a new season given the fact that our real society was already dystopian enough.

“At the moment, I don’t know what stomach there would be for stories about societies falling apart, so I’m not working away on one of those. I’m sort of keen to revisit my comic skill set, so I’ve been writing scripts aimed at making myself laugh,” Booker said at the time.

The report from Variety states that season six is currently in production, which means it’ll likely hit Netflix around this time next year (just a guess).

RELATED: ‘Black Mirror’ Creator Isn’t Developing A New Season (Yet) Because He’s Not Sure If Society Can Stomach It Right Now