Blind Man Sues Playboy Because He Can’t ‘Enjoy’ The Website 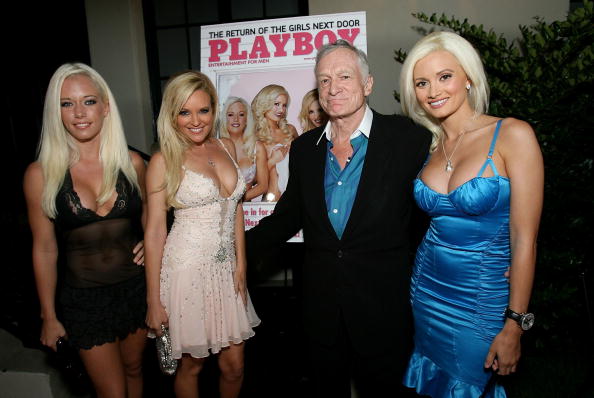 Donald Nixon has picked his proverbial hill to die on and it is not being able to enjoy Playboy… because he is blind. Nixon is so adamant about being able to peruse Playboy that he has sued the iconic publication so that he can “read the articles.” And you thought you had seen everything?

Nixon, who is a legally blind man from Queens, New York, is suing Playboy because he alleges that their website is incompatible with his screen-reading software. On Wednesday, Nixon filed a class-action lawsuit in federal court in New York against Playboy asserting that Playboy’s website violates the Americans with Disabilities Act. The lawsuit claims that the site’s “articles” lack “a text equivalent for every non-text element.” Full disclosure, I didn’t even know that Playboy had any text on their website whatsoever.

“Due to the inaccessibility of Defendant’s Website, blind and visually-impaired customers such as Plaintiff, who need screen-readers, cannot fully and equally use or enjoy the facilities, products, and services Defendant offers to the public on its Website,” the suit reads. “The access barriers Plaintiff encountered have caused a denial of Plaintiff’s full and equal access in the past, and now deter Plaintiff on a regular basis from visiting the Website, presently and in the future.”

Playboy should have seen this coming since Nixon is no stranger to suing the pants off companies who discriminate against blind people. Nixon has filed 47 lawsuits against various companies for discriminating against blind individuals. Nixon is suing Playboy to make its website compatible with screen-reading software for the sight-impaired as well as unspecified damages. Donald deserves braille tittays. Hopefully, Donald doesn’t ask for a scratch-n-sniff version of Playboy for his entertainment.

RELATED: Hugh Hefner Filled A Casket With His Secret Sex Tapes And Dumped Them Into The Sea

Did you know that there actually was a Braille version of Playboy (No, not the one from the movie Robin Hood: Men in Tights)? The Library of Congress had been publishing magazines in Braille since the 1970s, however Republican politicians believed that taxpayer money shouldn’t go to making pornographic material available to the public. In 1985, Congress decided to stop funding the Braille version of Playboy.

The #1 cause of blistered fingers in blind men is Playboy magazine in Braille. pic.twitter.com/DaY60oKRj7

Blind people were furious they couldn’t get Playboy in Braille so they sued the U.S. government. U.S. District Court Judge Thomas Hogan overturned the ban on the grounds of the First Amendment and Braille Playboy was brought back for the 500 or so readers of the men’s lifestyle magazine. The National Library Service for the Blind and Physically Handicapped still translates magazines into Braille for the visually-impaired.