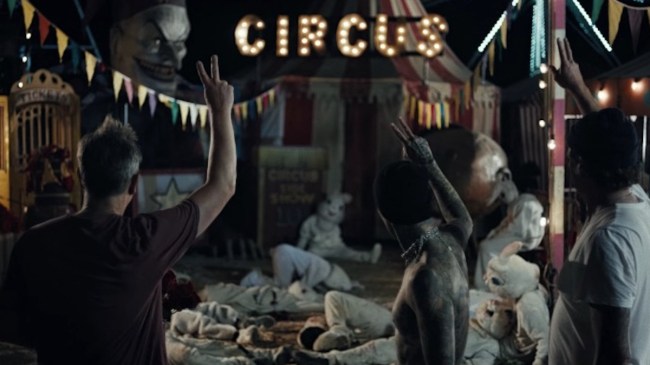 The original blink-182 trio of Tom DeLonge, Mark Hoppus, and Travis Barker is back. While it’s undoubtedly exciting for longtime fans of the band, the harsh reality is that the reunion has also served as a stark reminder of how much older both they and we are since the days of their prime.

Nevertheless, the band is literally back together with a new album and tour on the way. To kick all of that off, blink announced their reunion on Tuesday, started selling tickets to their concert on Wednesday, and released their new single “Edging”, and its music video, on Friday.

So am I gonna have to compete with the Kardashian cult for blink-182 tickets because of Travis? Is this how society works these days?

So, being an aforementioned getting-uncomfortably-older 29-year-old, I figured to myself that we can all experience this moment together, so I’ll be sharing some thoughts below as I watch the video for the first time.

Not sure I’ll ever be able to wrap my head around a 46-year-old man opening a song with the lyrics “I ain’t that cool, a little f***ed in the head,” but hey, sure sounds like blink. The aggressive adolescence of the opening lyric feels very “How do you do fellow kids?” and has me a bit worried, but it’s early yet. 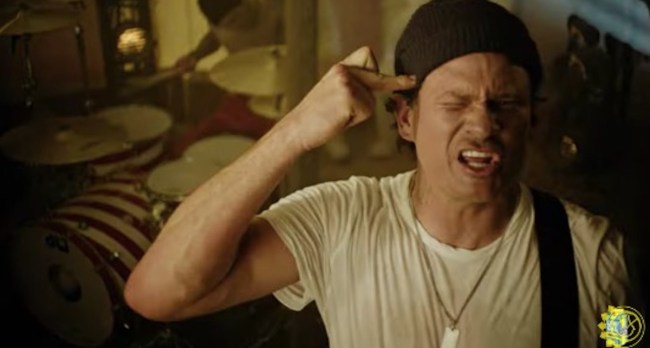 Both this video and song very much scream “HEY EVERYONE! LOOK! TOM IS BACK!”. And can you blame them? The simple fact is that what made this band special was the specific alchemy of these three together — they were never interchangeable: it’s why they didn’t truly take off until Barker joined the band and why they haven’t quite had that same magic since DeLonge left.

The subsequent verses and bridges are also far more lyrically mature — despite the fact that this is, after all, a song called “Edging” — than the intro.

Vaguely reminiscent of the “Feeling This” video wherein a bunch of people in white outfits are running around, raising hell, and making out. Only this time Tom is doing the kissing. 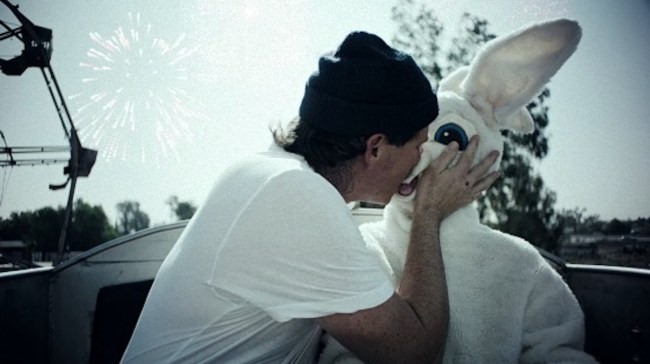 Definitely awesome to see that this song is a classic blink-182 mix of Tom singing one verse and Mark — the glue that’s held this group together for so long and whose bout with cancer was the catalyst in their latest reunion — doing the other, and then the pair of them sharing the chorus.  It sounds like something that would’ve come out after Take Off Your Pants & Jacket had the group not pivoted to a more serious aesthetic and sound (which, to be fair, was my favorite era of the band). 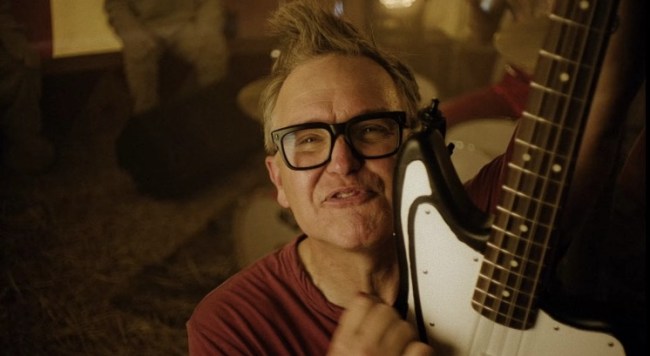 Like all good-to-great blink-182 songs, “Edging” improves as it goes along and features a classicly catchy and anthemic close.

Overall, given how little of the band’s new music I’ve enjoyed over the last decade or so — 2011’s reunion-fueled Neighborhoods included — I’m honestly thrilled with the sound of “Edging” as it seems to be tapping into the sense of pure, unadulterated fun that made the band such a success in the first place. And fun, by the way, is clearly what the longtime friends and legendary rockers seem to be genuinely having in the music video, which is perhaps the most promising sight of all.

Bottom Line: the song is far better than I expected it to be (a perk of low expectations, I suppose), the music video is tons of fun, and “Edging” has already been added to my Spotify. We’ll see you on the road next year, fellas.

RELATED: Millennials Lose It As blink-182 Announces They’re Reuniting For A New Album And Tour