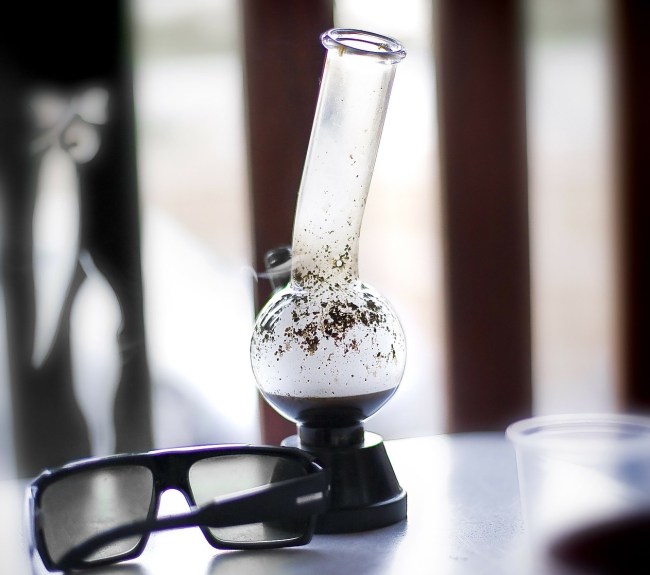 Image by Angelic Cooke Via Pixabay

The latest inception of the marijuana movement wants the American population to believe that it is more refined, upstanding, and cleaner than the old days when stoners were considered a bunch of dirty hippies.

But this scene of daily tokers and so-called aficionados is, for the most part, still rather disgusting in some respects.

Some of them just can’t let go of outdated social festivities, specifically when it involves twenty motherfuckers in a room taking hits off the same joint, bowl, bong or vape pen.

For these folks, doing the old “puff, puff, pass,” routine with a bunch of strangers is one of the most sophisticated affairs that the red-eyed and ripped can use to bring the weed community closer together.

These folks obviously don’t give two-flying shits that sharing their smoking devices with others is now considered one of the foulest, filthiest, most repulsive activities one can engage in short of dragging their tongue across a shithouse floor.

Sure, we may cringe a little when we step inside the bathroom of a convenience store or fast-food restaurant and see that it’s just a few droplets of blood shy of a murder scene.

We don’t care who you are, it just isn’t normal to stand in random puddles of human excrement without becoming a bit unhinged about the experience.

It is especially unnerving once a person realizes that some twisted, future serial killer probably had to stick one of his fingers up his ass to paint those gnarly hieroglyphics on the stall walls.

But if a recent study from the folks at Moose Labs holds any weight whatsoever, we would be better off hanging around these desecrated shitters with our pants around our ankles than ever again joining a communal smoke circle.

So, yeah, all of the germ-infested items that we touch daily are mostly spic and span in comparison to the equipment we use to get stoned.

“An astounding level of bacteria was found on cannabis pipes, vaporizers, and joints; significantly higher than what was initially expected,” the study reads. “In fact, it was difficult to find a neutral object in daily life that was as contaminated as a cannabis pipe.”

Look, you gross fucks, we get it.

There was once a time when marijuana wasn’t as readily available as it is today. So beggars couldn’t be choosers.

If there was a joint or a bong being passed around and you wanted to catch a little buzz, there was no other option but to jump inside the stoner soiree and swap spit with a bunch of people that could have had leprosy for all you know.

But in this day and age, the cannabis industry is producing a variety of pot products that ensure the stoner class never has to take a hit after another smoker again.

But apparently, these retail advancements are not stopping users from engaging in nasty behavior.

The study finds that very few social tokers are even taking safeguards to keep cooties from jumping inside their bodies to wreak havoc.

Only 5 percent of the cannabis smokers in this study used an alcohol wipe before hitting a smoking device, researchers said.

Considering that herpes can spread by smoking weed with other people, you’d think that more of high society would want to protect themselves.

Researchers at Moose Labs said that while it is impossible for humankind to escape all of the despicable bacteria that has been sent here by the gods of the universe to destroy us, cannabis users possess a special brand of “I don’t give a fuck.”

They really just don’t seem to care if their consumption habits make them sick.

“While it is true that bacteria is all around us, most people tend to take preventative measures to avoid intentional contamination,” the study authors concluded.

“Cannabis users seem to completely disregard common-sense health and safety practices when it comes to consuming cannabis both in public and privately at home.”