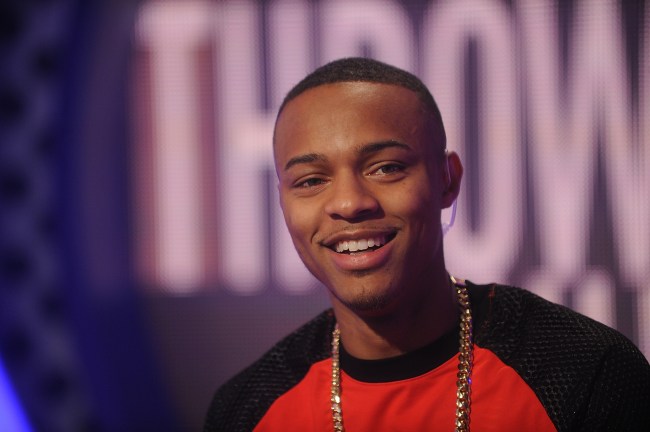 Don’t you dare call him Lil. It’s Bow Wow now. It’s been Bow Wow for a while. We’re not talking about pre-2002 Bow Wow, when he was, indeed, lil. I’m referring to today’s iteration of Mr. Wow: the full-grown Bow. After all, when you identify yourself by the cartoonish onomatopoeia of canine discourse, you have to fight every step of the way to remind people of your adulthood.

Turns out, BowWoww (no relation to beachgoer JWoww) is doing quite well. A recent appearance at a Houston nightclub shows his dedicated fans braving the terrors of the pandi to watch him perform:

These people went to the club IN A PLAGUE with no masks on TO SEE BOW WOW perform in 2021. 🥴🤧 https://t.co/wCGkGsRfyk

At this point, nobody should be surprised when videos surface of hundreds of maskless revelers ignoring social distancing guidelines to get their grooves on. But perhaps it is a testament to Bow Wow’s complete irrelevance that Twitter was so shocked to see so many turn up for him.

For my part, I thought it was a bad sign for Wow’s career when he appeared in five episodes of Entourage as a character named “Charlie.” That show was built on stuffing relentless celebrity cameos down our throats. And yet Bow Wow showed up to set one day to play someone other than himself? That has to sting. (For the record, Rainn Wilson also played a character on the show for one episode, but that was in 2005—just as The Office was starting).

Some of the replies on Twitter are absolute gold:

all i’m seeing is people who should’ve saved their money. including bow wow

In the middle of the Panini???

*later at the funeral*
He died doing what he loved…being in a crowded club…watching an adult rapper/reality TV star who was very popular as a child….*sobs*….

A jean jacket covered in salt? For the love of mercy, I hope Bow Wow wasn’t on Twitter today.