Brad Pitt, One Of The World’s Most Beautiful Faces, Has A Condition That Causes Him To Forget People’s Faces 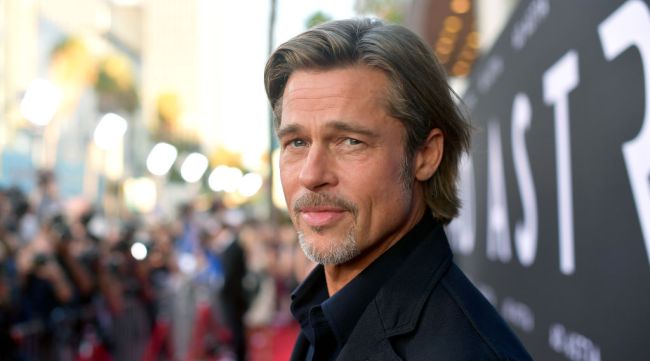 Of all the actors I’d love to interview, Brad Pitt is at the tippy top of the list. And with Bullet Train coming out this summer, maybe I’ll have my chance (You hear me, Sony?!?).

Growing up, Pitt was always my favorite actor and that was only further reinforced a few years ago when he cemented his legacy with an Academy Award win.  Part of Pitt’s popularity, of course, has to do with the fact that he’s widely recognized as being one of the most beautiful people in the world.

Pitt himself, though, apparently has a problem with recognizing other people’s faces — beautiful or otherwise —  as the actor reportedly has prosopagnosia, which is a condition that causes “face blindness.”

The actor Brad Pitt said in a recent interview that he has prosopagnosia, a rare neurological disorder commonly referred to as face blindness. While Mr. Pitt, 58, has never been formally diagnosed with the condition, he said in an interview with GQ that he had struggled for years to recognize people’s faces.

Prosopagnosia varies in severity; some people with the condition may have trouble recognizing a familiar face, like a friend or family member, while others may not even be able to identify their own reflections. Some people may be unable to differentiate between faces and objects. [via The New York Times]

As long as Brad can recognize himself, though, that’s really all that matters, isn’t it?

As mentioned above, Pitt will next be seen starring in David Leitch’s action-thriller Bullet Train, which hits theaters in August. Then, later this year, he’ll be starring alongside Margot Robbie in Damian Chazelle’s award-season contender Babylon.