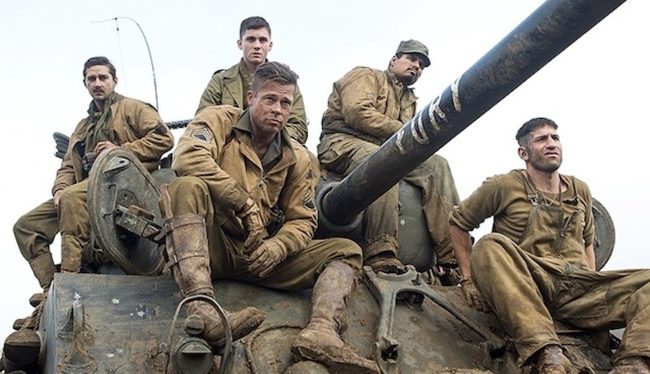 For as much as I like to rip on 2016’s Suicide Squad, David Ayer’s infamously misguided DCEU entry, I’m also an equal defender of his previous film, 2014’s Fury.

Featuring a loaded cast that included the likes of Brad Pitt, Jon Bernthal, Shia LaBeouf, Michael Peña, Logan Lerman, Jason Isaacs, and Scott Eastwood, Fury follows a U.S. tank crew making their way across Germany during the final weeks of World War II. It’s honestly one of my favorite war movies of all time. So shout out to you, David Ayer.

One of the film’s stars, Scott Eastwood — son of the legendary Clint — recently reminisced about making the film and reminded the world of just how famously intense Fury‘s production was, which apparently almost saw him and Shia LaBeouf start throwing hands.

“[LaBeouf] got mad at me and it turned into a volatile moment that Brad Pitt ultimately got in the middle of,” Eastwood told Insider during a recent interview.

This story has been around for a couple of years now, as Pitt himself once detailed the moment during an interview with British GQ:

“We were driving down the road, I’m in the turret, Shia is at the other turret, and Scott is on the back, spitting [chewing tobacco]. … And I’m starting to get pissed off, I’m starting to get hot, because this is our home, he’s disrespecting our home, you know? So I said, in the scene with the cameras rolling, ‘You’re going to clean that shit up.’ Shia clocks it, and you have to understand, we’ve been through severe boot camp already, we’ve been through a lot in this tank. Shia saw it and felt the same — he’s disrespecting our home. So Shia had the same reaction I did, and started having some words.”

As mentioned above, this is all evidence of Fury‘s infamously brutal production. Not only was the cast put through boot camps run by Navy Seals and forced to live inside of a tank, but they actually got into literal fights with each other:

The first two months of preparation involved the cast beating each other up, getting “black eyes and bloody noses” says Bernthal. “We’re a group of actors that range from age 50 to 20, you know? Some of us have been fighting our whole lives, some of us have never been in a fight in our lives. And we’re brought together, put in a ring and told to fight each other.” Pitt included. [via Express]

The casts’ commitment to realism certainly paid off as Fury, perhaps unlike any major blockbuster since Saving Private Ryan, brings to life just how true the saying “war is hell” is.