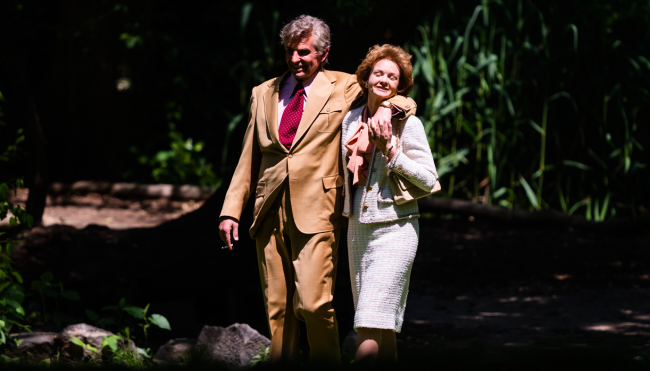 Bradley Cooper has been filming the upcoming movie Maestro about the life of legendary composer Leonard Bernstein.

Maestro will cover 30 years of Bernstein’s life, culminating with his death at the age of 72 in 1990.

The film also stars Carey Mulligan as Bernstein’s wife Felicia Montealegre (that’s her above – also hard to believe), Matt Bomer and Maya Hawke. Cooper, Martin Scorsese, and Steven Spielberg are among the film’s producers. Cooper also serves as the film’s director and co-wrote the script with Josh Singer, who wrote Spotlight.

According to Deadline, Maestro will touch on numerous points in Leonard Bernstein’s life and career.

Bernstein’s career is enough to fill a miniseries: he made his conducting debut at the New York Philharmonic aged 25 when he had to step in at short notice due to a colleague’s illness. Bernstein did so well his star was launched the next day when his feat made the front page of The New York Times. He was blacklisted before being cleared of being a communist just before he composed the Oscar-nominated score for On the Waterfront, and he was an activist in the civil rights movement, and outspoken on issues including ending the Vietnam War. He is best known in Hollywood for composing the score for West Side Story. But the through line for Cooper’s biopic is the complex story of the marriage between Bernstein and his wife.

Cooper had previously revealed on The Late Show with Stephen Colbert that as a kid he spent hundreds of hours “obsessed” with being a conductor like Bernstein.

On Monday, Netflix, who is backing the movie, released a series of images from the biopic showing Cooper playing Bernstein at various stages of his life.

In the photos of Cooper portraying an elderly Bernstein, the 47 year-old actor is literally unrecognizable.

Many movie fans on the internet were left gobsmacked at Cooper’s transformation for the film.

Several others were not happy that Cooper is playing the role at all.

They couldn’t find any Jewish actors to play Leonard Bernstein? They put Bradley Cooper in a giant nose instead? That’s uh..something.

complaining abt whitewashing a white woman while bradley cooper is giving a jewish caricature with that nose https://t.co/5igB6D92yI

While others just had jokes. Never change, internet.

Maestro is currently filming and is scheduled to be released on Netflix sometime in 2023.