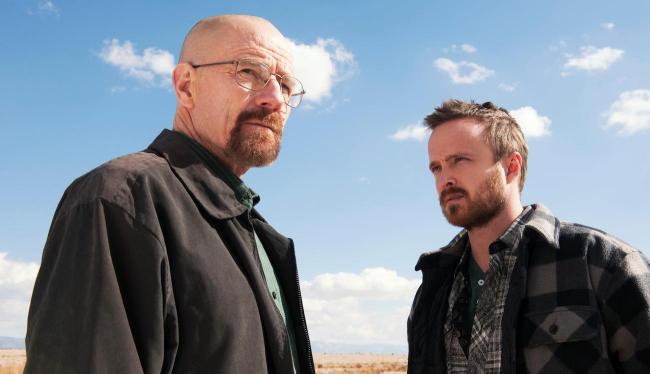 With its sixth and final season set to release later this month, Better Call Saul — the Saul Goodman-focused prequel to the iconic AMC series Breaking Bad — is coming to the end of its run.

And during its seven years on the air, the series has built up such a reputation that some people out there (I’m certainly not one of them) who consider Better Call Saul to be just as good, if not better than its predecessor. I, personally, think that’s blasphemous, but to each their own.

Regardless of how you feel about Better Call Saul’s ultimately quality, there’s no denying that the series owes a great deal of its success to Breaking Bad, as it is, after all, the series that gave birth to its titular character. And due to that fact, the question of whether or not the legendary Breaking Bad duo of Walter White and Jesse Pinkman will appear has circled the show ever since it premiered.

During Better Call Saul’s first five seasons, Walt and Jesse have been nowhere to be seen, let alone mentioned. But, speaking to Variety at the season six premiere, creator Vince Gilligan basically confirmed that the drug-dealing duo will finally pop up in this final batch of episodes.

“It would be a damn shame if the show ended without [Bryan Cranston and Aaron Paul] appearing, would it not? You heard it here first,” Gilligan told Variety.

Anytime you can integrate two of the most beloved television characters of all time into your show, you should.

Season six of Better Call Saul will premiere on AMC on Monday, April 18 at 9 p.m. EST.