The ‘Breaking Bad’ Creator Explains Why He Now Feels Bad For Skyler White, Resents Walt More Than Ever 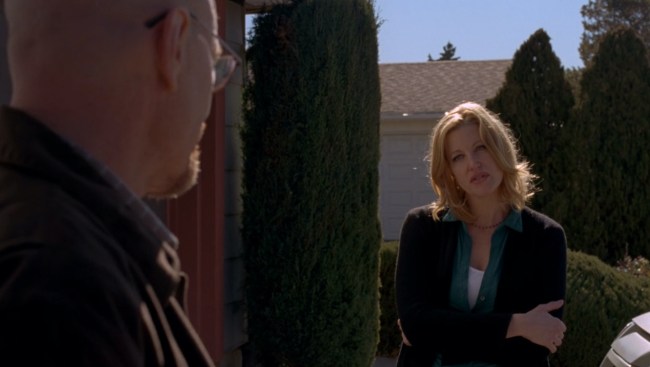 Due to the recent series finale of Better Call Saul, I’ve spent the past weeks and months rewatching both Saul and its iconic predecessor Breaking Bad. When it comes to Breaking Bad, this most recent run-through marks my third rewatch and fourth watch overall. And every single time I’ve watched the series, I come away feeling worse and worse about Walter White’s actions.

The first time I watched Breaking Bad, when the series was live on the air, I was straight-up rooting for Walter White. Then, on my first rewatch, while still hoping Heisenberg would get away with his crimes, just how vile of a man he was finally began to soak in. Now, years and multiple rewatches later, I fully understand that Walter White was truly the villain of the series and that his victims were everyone that was close to him and once loved him.

Given my new perspective on Walter, that means I also have new perceptions of the rest of the characters, namely his wife Skyler White, who was famously reviled during the series’ five-season run. During a recent interview with The New Yorker, mastermind creator Vince Gilligan expressed his new perspective on the characters he created, stating that he has “less sympathy than ever” for Walter White and that he feels bad for how he positioned the Skyler White character.

“I realize in hindsight that the show was rigged, in the sense that the storytelling was solely through Walt’s eyes, even in scenes he wasn’t present for,” he said. “Even Gus [played by Giancarlo Esposito], his archenemy, didn’t suffer the animosity Skyler received. It’s a weird thing. I’m still thinking about it all these years later.”

Still, while Skyler was definitely mistreated by the fanbase, the character was far from perfect herself, which is well and truly hammered home once Hank, Marie, and Walt Jr. find out about Walt’s meth empire and how long Skyler had known for.

All six seasons of Breaking Bad are currently streaming on Netflix. As for Better Call Saul, Netflix currently houses the first five seasons, with the six over on AMC’s official website.

Things I love about this video, ranked:

4) @mrbobodenkirk telling me weed is making me smarter.
3) Bob Odenkirk wondering if I’m a writer (I am!).
2) Bob Odenkirk thinking my theory was beautiful.