‘Breaking Bad’ Creator Vince Gilligan Has A New Show In The Works, Described As Being Similar To ‘The Twilight Zone’ 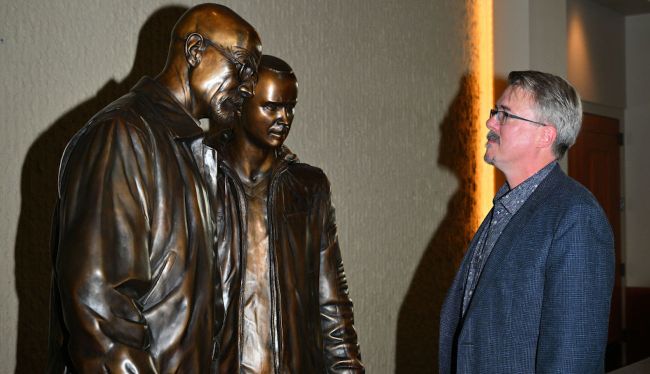 With Better Call Saul set to come to a close next Monday, Breaking Bad creator Vince Gilligan now sees his schedule free of any Albuquerque-verse television shows for the first time since 2008 (if not before).

While Gilligan himself has claimed there are no plans to develop any new series in the Breaking Bad/Better Call Saul universe (although he did also say ‘never say never’), the genius creator already has his next project lined up, as reports indicate television’s Heisenberg is working on a series that’s similar to The Twilight Zone.

According to Deadline, the 55-year-old old writer, director, and producer is developing a new series at Sony Picture TV that’s been compared to the iconic mystery series that first aired in 1959.

Described as a blended, grounded genre drama, the new series also is being compared to The Twilight Zone. It is said to be set in our world while putting a tweak on it, focusing on people and exploring the human condition in an unexpected, surprising way.

Thought-provoking but not a morality tale, the new show is expected to carry the signature Gilligan tone that infuses drama with humor. Like he often does with his original creations, Gilligan has written material that is accompanying the pitch, giving buyers a sense of what the new project would look like. I hear it is envisioned to play over a couple of seasons with an overreaching story arc. [via Deadline]

The final episode of Better Call Saul — which very well could be the last entry into the world that Gilligan created over a decade ago — will premiere on AMC on Monday, August 22 at 9 p.m. EST.

The creative team behind #BetterCallSaul is operating on a whole other level right now 🔥https://t.co/L1uijLArsf