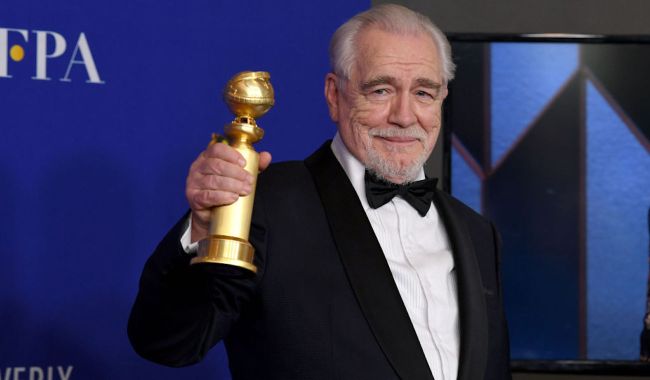 Now that Brian Cox is riding a newfound wave of fame thanks to his portrayal of Roy family patriarch Logan Roy in HBO’s hit series Succession, the 75-year-old actor has decided to release a memoir.

Titled Putting the Rabbit in the Hat, Cox recounts his decades-spanning career, including some of the roles he passed over in recent years, such as Robert Baratheon in Game of Thrones, Alastor “Mad-Eye” Moody in Harry Potter, and Governor Swan in the Pirates of the Caribbean franchise.

While discussing his decision to not take on the Pirates role, Cox also squeezed in a shot at 58-year-old actor Johnny Depp, who he believes is “so overblown and overrated”:

“Meanwhile, I turned my nose up at the part of the Governor in the Pirates of the Caribbean franchise, a role that was eventually played by Jonathan Pryce. The guy who directed Pirates was Gore Verbinski, with whom I made The Ring, and he’s a lovely chap but I think I blotted my copybook by turning down the Governor. It would have been a money-spinner, but of all the parts in that film it was the most thankless, plus I would have ended up doing it for film after film and missed out on all the other nice things I’ve done,” Cox said of turning down the role.

The 75-year-old Scotsman then launches into a tangent about his opinion of Johnny Depp, the star of the Pirates franchise:

“Another thing with Pirates of the Caribbean is that it’s very much the “Johnny Depp as Jack Sparrow” show, and Depp, personable though I’m sure he is, is so overblown, so overrated. I mean, Edward Scissorhands. Let’s face it, if you come on with hands like that and pale, scarred-face make-up, you don’t have to do anything. And he didn’t. And subsequently, he’s done even less. But people love him. Or they did love him. They don’t love him so much these days, of course. If Johnny Depp went for Jack Sparrow now, they’d give it to Brendan Gleeson. So no—no regrets about Pirates, I don’t think.”

Given that Cox is literally a Shakespearan thespian — he famously portrayed King Lear with the Royal Shakespeare Company and the Royal National Theatre for many years — the fact that he’s so critical of Depp’s acting style should come as no surprise. He’s also objectively right about the latter years of Depp’s career, which arguably hasn’t contained a legitimately “great” movie since the original Pirates film back in 2003. Maybe Black Mass in 2015. Other than that, though, Depp’s career has been in steady decline for over a decade now.

Cox’s memoir — Putting the Rabbit in the Hat — is now available to purchase.