‘Succession’ Star Brian Cox Reveals He’s Turned Down Some Massive Roles Over The Years, From ‘Game of Thrones’ To ‘Harry Potter’ 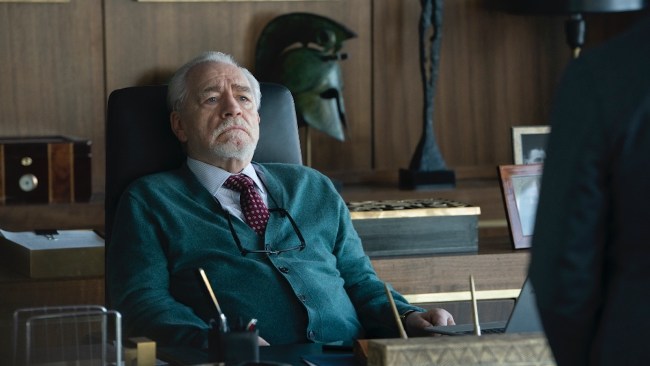 While 75-year-old Scotsman Brian Cox has been an acting force for decades on end — starring in films such as Manhunter, Braveheart, X2: X-Men United, The Bourne Identity, The Ring, and many, many more — it can be argued that he didn’t land his mainstream breakout role until he was in his 70s, when he first started starring as Roy family patriarch Logan Roy on HBO’s hit series Succession.

The sun at the center of the Succession universe, Cox’s portrayal of Logan Roy has broken through into mainstream culture in a way that few, if any, of his previous performances did. It’s why people are now noticing that Cox is actually the voice in the McDonald’s commercials these days:

Cox has now become so famous that he’s releasing a memoir about his life. In this excerpt shared by GQ, Cox reveals that he not only turned down the role of Robert Baratheon in Game of Thrones and Governor Swann in the Pirates of the Caribbean franchise but that he was also up for the role of Alastor “Mad-Eye” Moody in the Harry Potter series.

“I’m often asked if I was offered a role in Game of Thrones — reason being that every other bugger was — and the answer is, yes, I was supposed to be a king called Robert Baratheon, who apparently died when he was gored by a boar in the first season,” Cox says of Game of Thrones

“Game of Thrones went on to be a huge success and everybody involved earned an absolute fortune, of course. But when it was originally offered the money was not all that great, shall we say say. Plus I was going to be killed off fairly early on, so I wouldn’t have had any of the benefits of the long-term effects of a successful series where your wages go up with each passing season.”

As for the role of Mad-Eye Moody in the Harry Potter franchise, Cox says that Irish actor Brendan Gleeson, who ultimately landed the part, was more en vogue at the time:

“Harry Potter. That’s another one they ask me about. Harry fucking Potter. I think someone had a burning cross held up for me not to be in Harry Potter, because all my pals were in it. I think the part I might have played was the one that Brendan Gleeson got, Mad-Eye Moody, but Brendan was more in fashion than I was at that point, and that’s very much the way of the world in my business, so he got it. Also, he’s much better than I would have been,” Cox says.

Finally, Cox reveals that he also “turned his nose up at” playing the Governor Swann character that ultimately portrayed by Jonathan Pryce, who was *also* in Game of Thrones at one point. He also took the opportunity to squeeze in a shot at Johnny Depp:

“Meanwhile, I turned my nose up at the part of the Governor in the Pirates of the Caribbean franchise, a role that was eventually played by Jonathan Pryce. The guy who directed Pirates was Gore Verbinski, with whom I made The Ring, and he’s a lovely chap but I think I blotted my copybook by turning down the Governor. It would have been a money-spinner, but of all the parts in that film it was the most thankless, plus I would have ended up doing it for film after film and missed out on all the other nice things I’ve done. Another thing with Pirates of the Caribbean is that it’s very much the “Johnny Depp as Jack Sparrow” show, and Depp, personable though I’m sure he is, is so overblown, so overrated.”

Cox’s memoir — Putting the Rabbit in the Hat — is now available to purchase.