Honestly, Can We Bring Back GameStops? Because Downloading Video Games SUCKS 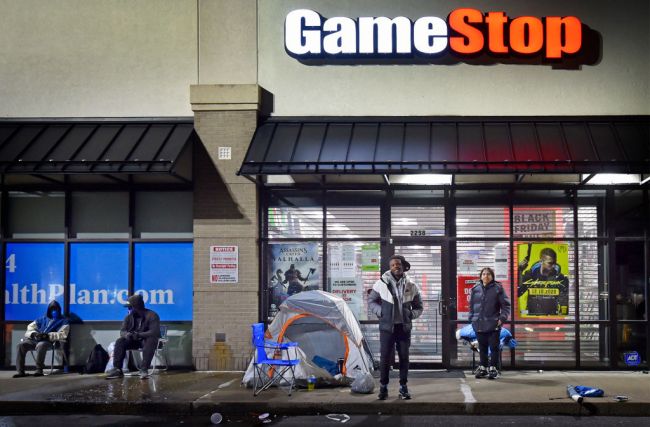 So, GameStop has been in the news for the last week or so for reasons far beyond my depth of knowledge. Something to do with #stonks. Co-worker Connor did a much better job of explaining it than I ever could. I’m actively awful at math and that loops into stocks. That wasn’t always the case, I used to get straight A’s up until my Junior year when Geometry became Algebra II and I just absolutely lost the plot. Parabolas and axes and quadratic equations and all that shit — forget it, dude. Mrs. Rochelli could’ve been speaking Portuguese and I would’ve had an easier time understanding the Xs and Ys on the whiteboard. The point being, if you’re looking for someone to explain whatever the hell is going on with GameStop’s stock, similar to looking for justice in Westeros, you’ve come to the wrong place.

What I’m here to “old man yells at cloud” about is the lack of GameStops in the post-Amazon, post-cloud world, neither of which are ideal for video gaming. Sure, both Amazon delivery and game downloading may be convenient, but are they optimal? Do you really want to rely on a delivery service when the new Halo: Infinite drops later this year? Or would you rather have it in your hands at 12:01 a.m.? Do you really want to sit around, potentially for hours, waiting for the absolutely behemoth file to download onto your system? Or would you rather pop the disk in and immediately starting sniping Covenant Empire scum in their fucking dome piece? So I thought. Not to mention the added bonus of resale value, which is a factor regardless of how much GameStop may screw us on those trade-in prices.

Even if you want to ignore to functional, tactile advantages of physical GameStop locations, a compelling case can be made on the sheer intangible, sentimental argument, and that’s the thrill of walking into a GameStop (or any store to purchase any personal guilty pleasure) and walking out with a freshly-sealed game. Arduously punching in your credit card number and smashing “confirm purchase” just doesn’t hit the same. There’s a reason going to a baseball game is a far more intrinsically compelling experience than simply watching on television. 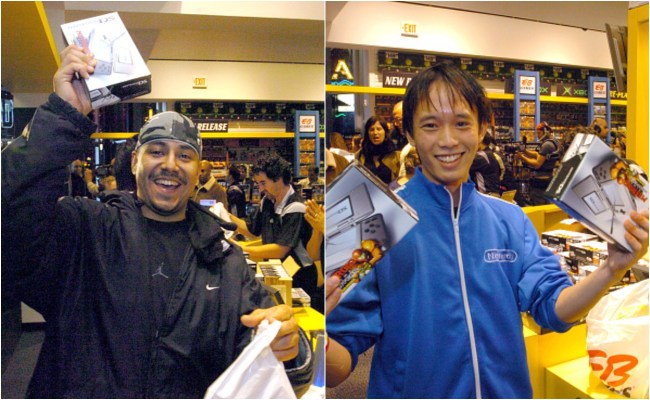 Look how fucking stoked my dudes are! (via Getty)

I remember when my parents used to complain that things were better back in their day — that they “don’t make ’em like they used to” — I’d scoff at them and their antiquated ideals, chalking it up to parents being parents. But now, at the relatively young age of 27-years-old, I’m realizing more than ever how right they were, as I picture bar patrons and concert goers without cell phones, the lack of neverending echo-chambered cable news, and a BlockBuster or a GameStop on every corner.