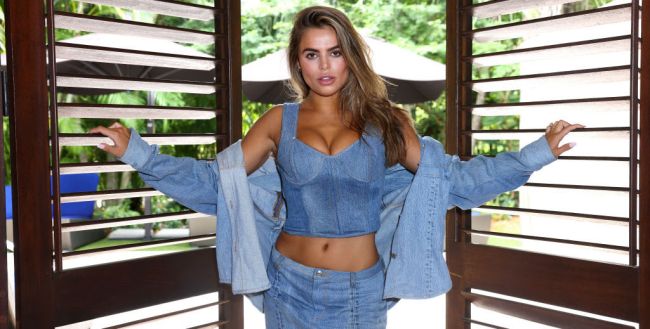 Ever heard of an Apple AirTag? Truth be told, I haven’t until now. I bought my parents some Tiles a couple of Christmases ago and they effectively work the same: they’re meant to be attached to your keys or other personal items so you can find them with a smartphone app if you ever lose them.

They’ve also developed a much more nefarious use, though, as 26-year-old Sports Illustrated swimsuit model Brooks Nader recently took to Instagram to share a scary story of how she had an Apple AirTag — which was first released last April — planted on her without her knowledge.

“I was at a bar in Tribeca and I was waiting on someone alone and had my coat on the chair behind me. It was crowded, lots of people. Then I went to meet some girlfriends at a bar nearby, didn’t get any notifications, and then I went to the next spot, no notifications,” Nader explained on Instagram.

“And stupidly, I was walking home alone because I live in the neighborhood. And once I was already on my walk home, I got a notification that was like: ‘Someone is tracking you and has been for a while.’ So I freaked out, obviously, and of course, my phone died,” she continued.

“It turns out it was an AirTag, which is a tiny, white, circular thing that Apple makes and it’s used for horrible, horrible things. People have been using it in people’s cars to stalk them, human trafficking, all kinds of. I had no idea that these things existed until it happened to me, so I’m trying to just raise awareness and tell all my ladies out there to watch your belongings. The only silver lining is that I got notified that someone was tracking me. I don’t think that happens with Tile or any of those other devices. So check your belongings because it was the scariest moment ever and I just want everyone to be aware this exists,” Nader concluded.

Funnily enough, if you Google “Apple AirTag”, the first link is to their direct website, with the blurb saying:

“AirTag is designed to discourage unwanted tracking. If someone else’s AirTag finds its way into your stuff, your iPhone will notice it’s traveling with you and send you an alert. After a while, if you still haven’t found it, the AirTag will start playing a sound to let you know it’s there.”

It’s unclear, though, if Apple made these updates give the recent negative publicity because when you actually click to the website you’ve got to scroll down quite a bit to get to that blurb. So, it’s the first thing you read about the product on Google but it’s the fifth feature that’s listed on the actual website.

“We take customer safety very seriously and are committed to AirTag’s privacy and security. AirTag is designed with a set of proactive features to discourage unwanted tracking — a first in the industry — and the Find My network includes a smart, tunable system with deterrents that applies to AirTag, as well as third-party products as part of the Find My network accessory program.”