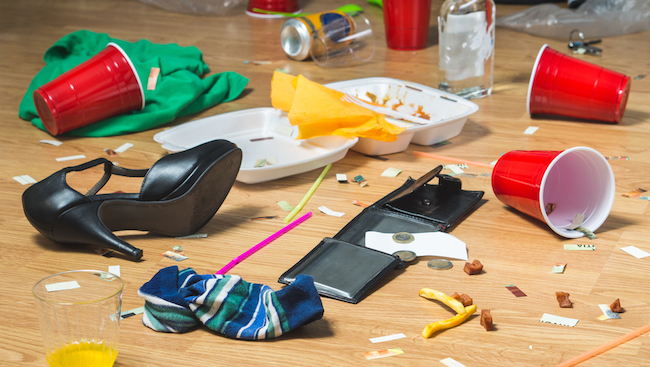 If you were ever forced to attend a town or city council meeting as part of the bullshit civics class you were forced to take in high school, I don’t have to tell you what mind-numbingly dumb affairs they are. If you happen to have a fetish for people talking about zoning regulations and the allocation of municipal funds, there’s no better place in the world for you to be, but it’s hard to imagine any normal person getting any actual enjoyment out of attending one.

As anyone familiar with Jake Paul knows, one of the biggest problems faced by people in Hollywood today (or, more accurately, by people who haven’t been caught up in the biggest problem facing Hollywood today) is the prevalence of massive house parties seemingly designed to make everyone in the surrounding area miserable. Thanks to a number of complaints, the city of Los Angeles has taken steps to reduce the problem— even going as far to discuss the possibility of banning parties in the Hollywood Hills altogether.

The item came up on the agenda at a Los Angeles City Council meeting on Wednesday, and when the floor was opened up for public comments, two heroes stepped up to the podium to do everything in their power to make the city see the error of its ways.

The first bro introduced himself as Chad Kroeger— not to be confused with the lead singer of Canada’s most unfortunate musical export— a self-described “house party enthusiast” who spun a heart-tugging tale about how cracking open a cold one with the boys changed the way he looked at love. He was succeeded by JT Parr, who said he never needed love because he had keg stands in its place.

If these bros seem familiar, it’s because they also attended a meeting last spring during which they urged the city of San Clemente to erect a 12-foot statue of Paul Walker on the pier. As far as I can tell, their first attempt at lobbying was unsuccessful, but let’s hope the city council takes their most recent pleas to heart.