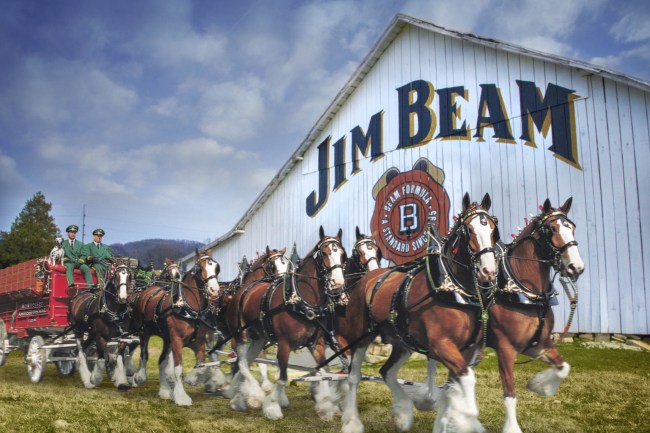 I frequently spend way more money on craft beer and bourbon than I probably should in my quest to become a walking cliché, but that doesn’t mean I’m a man who can’t appreciate a damn good value. That’s why I’m a huge fan of the beer and a shot special (aka “Boilermakers”) that most bars catering to people who care more about getting drunk and less about the taste of the things they have to drink to get to catch a buzz.

The hot combo in my area seems to be a High Life and a shot of well whiskey, but I can only imagine the myriad of combinations available at dive bars around the world. Every place has their bottle of choice for people who are willing to drink just about anything, and after plenty of experience, I’ve learned there are certain brands you can rely on when it comes to taking a shot that doesn’t require you to instantly take a sip of beer to wash away the taste.

One of those brands is Jim Beam, which served as my gateway to higher-end bourbons (which I’m happy to announce I no longer mix with diet ginger ale). It might not always have a spot on my liquor shelf, but it’ll always have a spot in my heart. As a result, I can’t help but be intrigued by their new partnership with Budweiser, who will be brewing a beer made with wood from the distillery’s barrels.

In September, Budweiser will put out the limited-release Reserve Copper Lager, which is combined with staves from previously used Jim Beam barrels to add hints of flavor from the bourbon to the beer. Essentially every brewery that makes a stout these days has a barrel-aged version, but it’s much less common to do it with a lager instead of an ale.

I guess we’ll have a chance to find out how the experiment pays off when it rolls out later this year.