The Buffalo Snowstorm Has Unleashed Some Jaw-Dropping Pictures And Videos 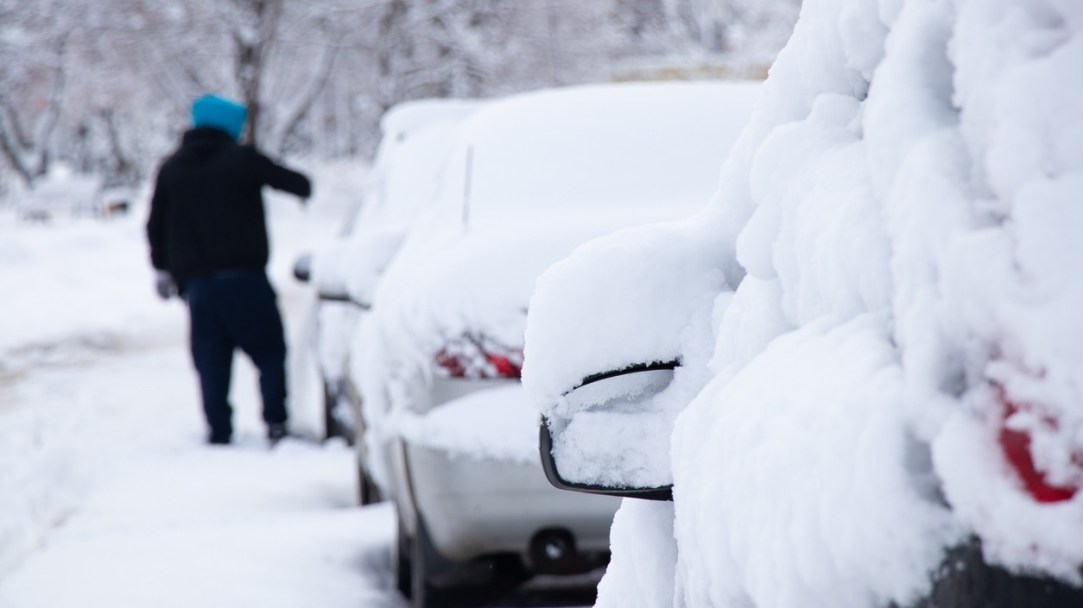 The current lake effect snowstorm hitting Buffalo has already reached ‘Snowmageddon’ proportions. This Buffalo snowstorm was projected to drop up 4 feet of snow in some areas. Models (accurately) predicted so much snow the NFL preemptively moved the Buffalo Bills game from Buffalo to Detroit.

When it comes to extreme weather events there is one maxim that always rings true: if Jim Cantore shows up it means trouble is on the way. So when Jim Cantore tweeted this video at 5 AM it was a confirmation the heavens were about to open up and unleash a hellacious amount of snow on Buffalo:

Heading south to Hamburg in “the band” accompanied by Mr. Plow and more lightning! #buffalosnow pic.twitter.com/3mRhhoQI56

Most recently, Jim Cantore was in Hamburg, NY which is due south of Buffalo. But it’s still getting crushed by this Buffalo snowstorm:

32” and counting in Hamburg, NY pic.twitter.com/WEcO8teIWs

Imagine seeing cloud formations like this and driving INTO them and not speeding away in the other direction:

From the Niagara River north of Downtown Buffalo looking south at the snowband.

This is what we just drove into. Thanks for passing along @mikeseidel pic.twitter.com/n9LNbPHdNj

The Buffalo Snowstorm has unleashed the elusive THUNDERSNOW!!!

The #thundersnow keeps waking me up as it is so loud and often here in #Buffalo, NY. See the flash and hear the thunder about 10 seconds later. Snow pellets and maybe sleet hitting the window too. @JimCantore #NYwx @TWCChrisBruin pic.twitter.com/2Yw7r1wiaQ

It’s not often that we get to see THUNDERSNOW caught on camera:

The National Weather Service for Buffalo confirmed the Buffalo Snowstorm has been serving up THUNDERSNOW. They could’ve just looked at Twitter like the rest of us for proof:

There's an intense band of lake effect snow just south of downtown Buffalo across the Southtowns. We've gotten multiple reports of thunder snow within this band in the past hour. pic.twitter.com/fO6dxMfVei

A whole minute of THUNDERSNOW:

Meanwhile, residents are struggling to keep the snow at bay before it consumes their cars, doors, and houses:

These dogs will soon be consumed by the Buffalo Snowstorm’s unprecedented lake effect snow levels:

Tracking the snowfall by stacking cans of Labatt Blue seems like a perfect way to pass the time:

I need my Buffalo friends to measure how much snow they’re getting with cans of Labatt Blue, it’s the only way pic.twitter.com/huE8EVWNZR

This looks like a hurricane melded with a blizzard:

Somewhere in there I believe is a car:

So much snow!!! About 2 feet so far south of Buffalo. pic.twitter.com/BnV5LUAsaW

Stay off the roads, at least until this Buffalo Snowstorm is over:

We have a College Football casualty:

While we’re sad we don’t get a buried-in-snow game, this is probably the best bet for everyone involved. Stay warm and sane, Buffalo. https://t.co/F6EWrh8iAh

There is a live camera of the snowstorm that shows a few different cities at the moment:

I will continue to update this article as more surreal snowstorm footage filters out of the Buffalo area.