Hundreds Of Wild Buffalo Stampede Past Tourists Across A Yellowstone Bridge 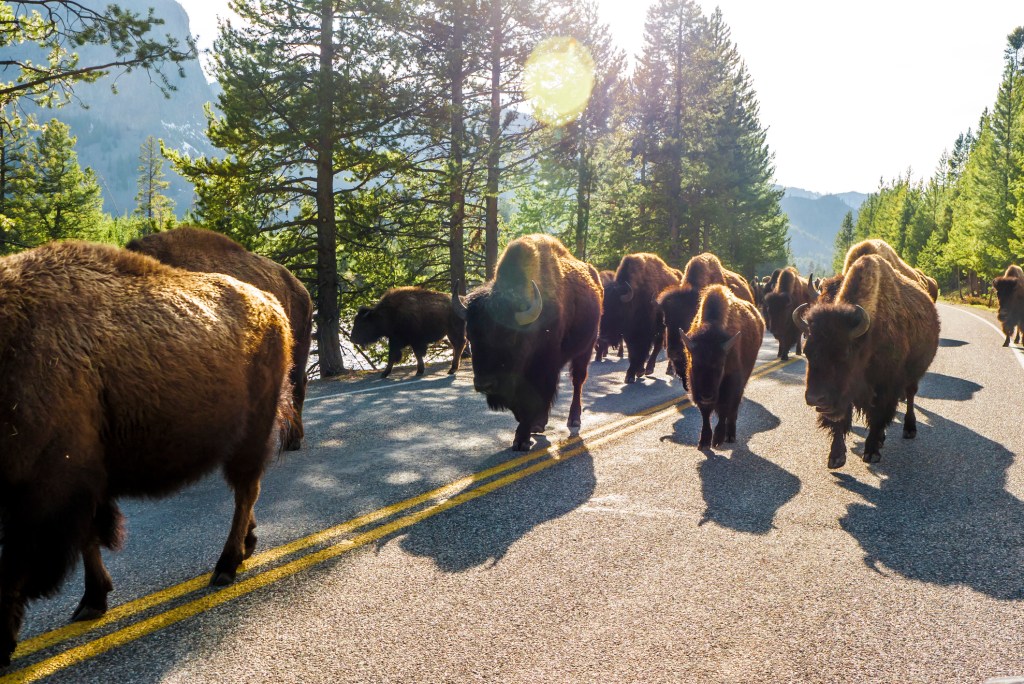 It’s not every day that you get to see a stampeding herd of wild buffalo at Yellowstone National Park. In fact, I’ve been alive on this planet for quite a few days and I’ve yet to see anything like this in person myself. Also, ‘buffalo‘ and ‘bison’ are interchangeable so that’s why I use both.

Yellowstone tourist Jessica Metts was in the right place at the right time. She managed to be at the foot of a bridge in the National Park as a herd consisting of over 100 wild buffalo cam stampeding across and shaking the ground like thunder along the way.

The footage of the wild buffalo encounter and the images are just incredible. I grew up playing outside more than indoors, was a Boy Scout, and everything that came with that. Seeing something like this in person would be the thrill of a lifetime.

Buffalo have been very recent in Yellowstone in recent weeks. This was just two weeks ago:

And this awe-inspiring herd of buffalo was filmed just two weeks ago as well:

According to recent estimates, there are about 5,000 buffalo roaming throughout Yellowstone National Park. And for anyone who isn’t up to date on their National Park geography, Yellowstone is mostly located in Wyoming with parts of the park bleeding into Idaho and Montana.

The buffalo in Yellowstone (aka Bison) are made up two subpopulations that are defined by where the herds go for breeding. So basically, we’re looking at a two-game situation out in the park. Throughout North America as a whole, there are roughly 30,000 wild bison or buffalo roaming so the estimated 5,000 buffalo in Yellowstone makes up a significant portion of that total but there are A LOT of bison elsewhere.

These males can weigh over 2,000 pounds and the female buffalo can weigh around 1,000 pounds. Now imagine what that would feel like as 100+ of them stampede across a bridge at the same time and shake the foundation like an earthquake. That must’ve been truly surreal to be there in person.