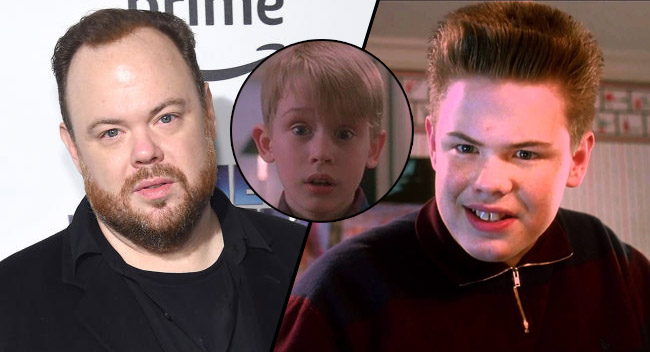 Devin Ratray, the actor who played Kevin McCallister’s evil brother Buzz in the Christmas classic Home Alone revealed an A+ secret about one of the film’s many memorable scenes. While Buzz spent most of his moments in the film being, as he put it, a phlegm-wad, there was one scene involving his “girlfriend” in which Kevin actually scored a small victory for the underdog.

After being belittled by Buzz with lines like “I wouldn’t let you sleep in my room if you were growing on my ass” and having Buzz tell him he was going to feed Kevin to his tarantula, Kevin nailed Buzz with this classic line…

Unfortunately, Kevin, as we all very well know, was “home alone” so Buzz wasn’t there to hear the sweet putdown.

Now, since we’re once again back into the holiday season and will be inundated with reruns of Home Alone, here’s a crazy secret about the scene that Ratray revealed awhile back to Yahoo! Entertainment.

Turns out that the photo that Kevin was so turned off by? Yeah, it wasn’t even a girl.

“The producers decided it would be a little bit, uh, unkind to put a girl in that role of just being funny-looking. And the art director had a son who was more than willing to volunteer for the part. I think if he had known it would become the highest-grossing family comedy of all time, he might have had second thoughts about it.”

Sweet. Yet another in the myriad of Home Alone mysteries solved. Now, about all those conspiracy theories surrounding Kevin’s dad…