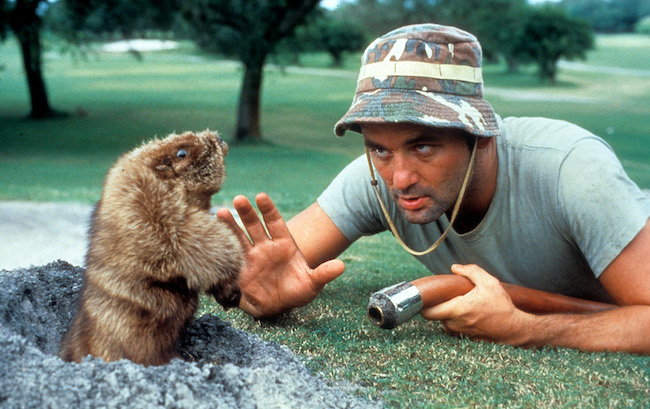 Every year, a bunch of people don their finest bathrobe, throw on a pair of sunglasses, and prepare their bodies for the countless White Russians they’ll consume at Lebowski Fest, an annual celebration of all things Dude.

Proud we are of all of them.

For the past 16 years, fans of The Big Lebowski have gathered together in cities across America to celebrate the Coen Brothers’ cinematic achievement and attendees— who, unlike Donny, are very in their element— honor the movie by watching the film, going bowling, and presumably smoking roaches in their hotel bathtub.

It’s unclear if ferrets are allowed.

The festival was founded by Will Russell and Scott Shuffitt in 2002 and it appears they’ve decided to expand their horizons a bit, as we’re now about to live in a world where Caddyshack fans will also have the opportunity to pay tribute to the film.

According to Entertainment Weekly, Caddyshack devotees will descend upon a golf course in Louisville next summer for the creatively named “Caddyshack Fest,” where they’ll have a chance to race carts and get their dance on like Bill Murray’s mortal enemy.

Russell spoke with the outlet to explain how this Cinderella story came to be, saying:

“What’s another movie that has an activity? Caddyshack!’ It’s a fucking great movie. It’s hilarious. It’s so quotable, just like Lebowski. I’m hanging out with my friend Matt Davis, and he’s always quoting Lebowski and Caddyshack, and I was like, ‘Dude, you want to do this Caddyshack Fest with me?’ And he was like, ‘Yeah, man! Let’s do it!'”

Tickets haven’t gone on sale yet but a portion of the proceeds will go to benefit a non-profit dedicated to mental health, so participants have got that going for them which is nice.

I can’t even imagine how many Baby Ruth bars are going to get chucked into a pool.