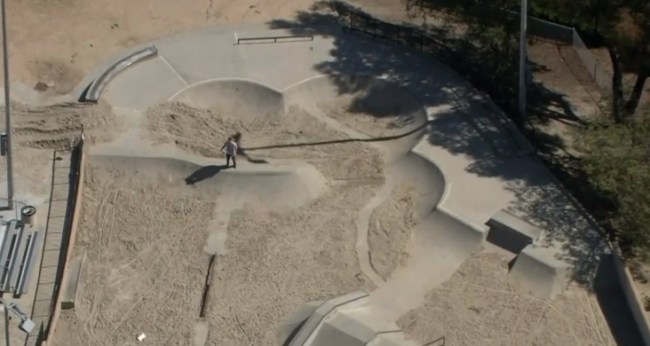 Last week, officials in California took drastic measures to prevent skaters from violating stay-at-home orders and ordered 37 tons of sand to be dumped on a popular skate park in San Clemente.

SKATEPARK FILLED WITH SAND: Skaters wouldn't stay away from the Ralphs Skate Court in San Clemente, so the city dumped 37 tons of sand on it. https://t.co/yg17StBFXn pic.twitter.com/r8k7LeAUzP

Since park facilities have been closed city officials say they routinely saw people visit the skatepark, even by some children accompanied with their parents, according to the San Clemente Times. City officials told the newspaper they followed in the footsteps of other cities, and filled the skatepark with 37 tons of sand.

The nonprofit group that has raised money to support the skatepark, however, says the city made the decision to fill the skatepark with sand without notifying them first.

Skaters didn’t let the park being turned into a sand pit work against them. Just a few days after officials poured sand on the park skaters turned into a dirk bike track.

Wonder if California will try to one up the skaters now that they’re using the park for their dirt bikes.