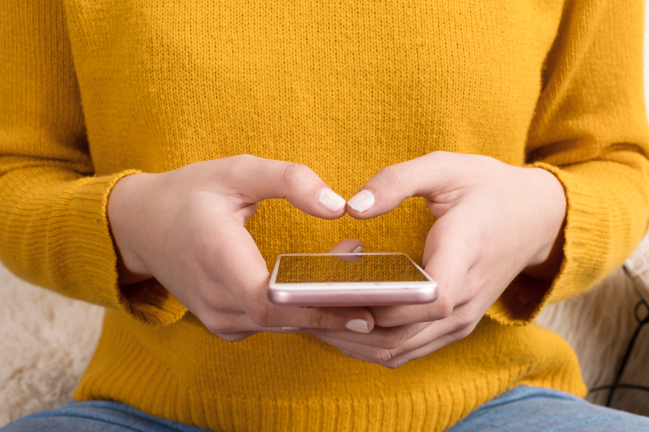 From the Call Her Daddy subreddit:

Holy fuckamole. If that ain’t the most diabolical entrapment scheme I’ve ever heard in my life. This guy doesn’t stand a chance! Look at the replies! 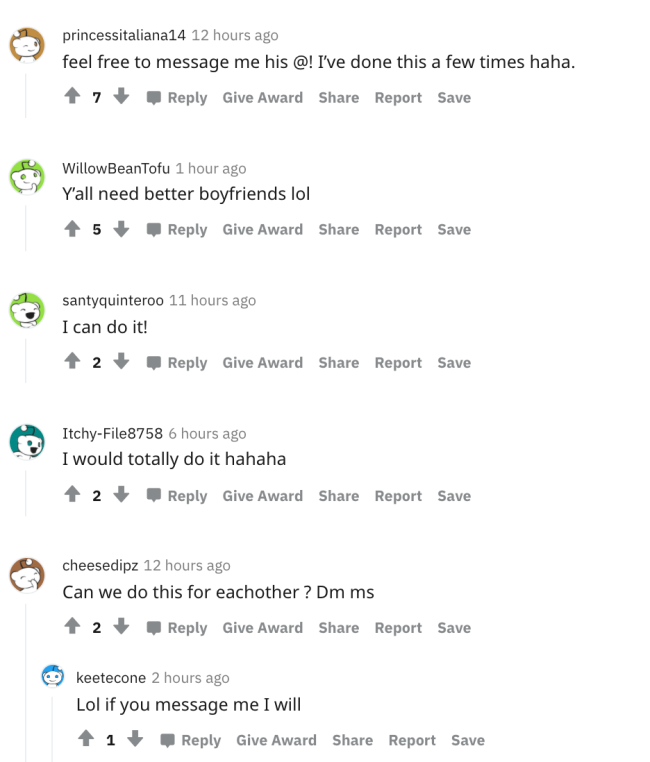 With the one exception of WillowBeanTofu (voice of reason, TYFYS), you have volunteers jumping out of their desk chairs to fire off round after round, salvo after salvo of flirtatious DMs to this guy. One girl even says she’s done this a few times! Her bulldozer is still warm from the last home she wrecked!! It’s a labor union of mantrapment. One for all, and all for one.

I’m not going to simply take the guy’s side here. I have no idea what “acting shady” means. Maybe he’s staying out late, coming home with perfume on his shirt collar and glitter mascara on his pants. If he’s been cheating on her, fine. The relationship should end and I suppose this could be an effective way to gather ammunition.

But what if that perfume was from him testing perfumes at Macy’s because he bought you a gift? What if that glitter came from the art project he helped his blind niece with? What if there are simple answers that might come out in a face-to-face conversation, where you ask him straight-up questions and he gives you straight-up truths?

Nah. Let’s summon a group of strangers on Reddit to swarm his inbox en masse. That won’t look fishy. Guy probably hasn’t received a single unsolicited DM from a woman in his entire life and all of a sudden, seven of them are asking him to send nudes.

(Sadly, this will probably work. We are stupid.)

Either way, this experiment SHOULD end the relationship. If I were dating someone and she set this up, and I failed the test and welcomed the DM from her hired gun, I expect she’d break up with me. But if I somehow passed the test and then found out she had set it up, I would break up with her for being such an evil puppet master. BEST CASE scenario, he ignores the DM. Will that really satisfy the lady though? Of course not. She’ll ask herself if he even saw it. She’ll wonder if he sniffed out the ruse. It’s not the definitive answer that will give her peace.

Say you and your boyfriend are on a diet. You suspect he might be eating junk food on the side. To test your theory, you send him pizzas and burritos and cupcakes and a chocolate fondue fountain.

If he takes a bite, is that on him? Is he the greedy bastard you suspected he was, or is he a human being, susceptible to impulse, helpless against the barrage of temptation that YOU ORCHESTRATED?

Lastly, she says: “This man better hope he doesn’t fail.”

Who are you, the Lord? You make it sound like the fate of humanity rests on his shoulders. Just dump this guy. If you feel the need to create some American Ninja Warrior obstacle course just so that he can prove himself honest, the relationship is a disaster. Good God. I feel like I’m taking crazy pills.