Get Your First Explosive Look At ‘Call Of Duty: Modern Warfare 2,’ The Sequel That Is More About ‘Having Fun’ 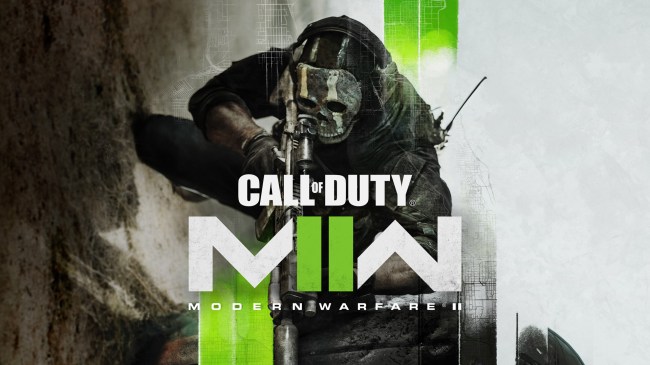 The reveal trailer for Call of Duty” Modern Warfare 2 has been released, and it will turn your world upside-down.

Get ready to head into battle alongside the elite members of Task Force 141: Captain Price, Gaz, Ghost, Laswell, and Soap. Your team will bring the global war on terrorism right to the enemy.

Developer Infinity Ward notes, “Witness and experience what made Task Force 141 become the iconic and legendary squad that it is as the action picks up following the harrowing and breathtaking action from Call of Duty: Modern Warfare (2019).”

Modern Warfare II picks up the action as the sequel to Modern Warfare (2019) as the newly formed Task Force 141 faces a massive global threat across a campaign of missions that push the boundaries of gameplay. The action takes players around the world as Task Force 141 works to neutralize a terrorist conspiracy and attack on the U.S., spanning locations around the globe. A newly aligned menace conspires to create chaos inside the U.S.’ borders and Task Force 141 must come together against all odds.

The sequel to the original Call of Duty” Modern Warfare will be more about “having fun.”

Call of Duty: Modern Warfare 2 creative director Patrick Kelly told GamesRadar+, “When I look back at what we did with [2019 Modern Warfare], and I’m very proud of what we did in 2019, but there was a lot of stuff that was, at times, more provocative or uncomfortable. We’re trying to focus a bit more on entertainment and having fun in this one.”

Call of Duty: Modern Warfare II will have both a single-player campaign as well as a multiplayer game.

The multiplayer game will boast large-scale maps that will allow for plenty of players to engage in a battle royale like Call of Duty: Warzone. There will also be “an evolved special ops game mode featuring tactical co-op gameplay.”

Call of Duty” Modern Warfare 2 will be the first Call of Duty title on the franchise’s new, unified engine, followed by a Call of Duty: Warzone sequel.

October 28 marks a new beginning for Call of Duty, starting with the release of Modern Warfare II. Soon after, a wholly new Warzone will launch as an extension of the Modern Warfare II universe. With it comes new technology, new features, and new gameplay that work seamlessly together. Throughout, we have taken a wide range of community feedback to heart. In order to fully deliver this state-of-the-art experience, Warzone 2.0 will feature new Modern Warfare II content and systems with brand-new progression and inventories. Today’s Warzone will continue as a separate experience that will include a continuation of player progression and inventories within that Warzone experience. We can’t wait to share more details soon.

Development on the all-new, dynamic Warzone 2.0 experience is also being led by Infinity Ward, along with Raven Software. The new, free-to-play battle royale Warzone also features the same technology powering Modern Warfare II, so both titles leverage the Call of Duty engine that first debuted with Modern Warfare (2019), providing the most seamless and advanced Call of Duty experiences ever.