Can We… Stop Paying Rent? 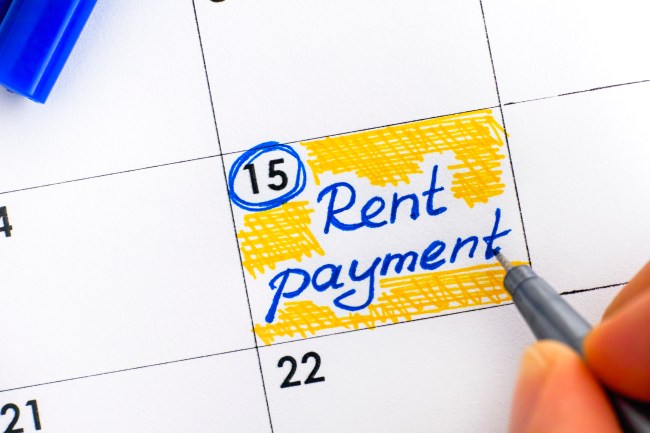 I haven’t been living in my apartment for almost two weeks now. The heat is off. Appliances are unplugged. The toilet water has turned brackish and tadpoles abound. It’s no longer my home. So… do I pay rent this month?

Before you freak out and say that attitudes like mine are going to cripple the U.S. economy blah blah blah, just know that obviously, I’m going to pay my rent. Unless, you know, you guys actually tell me I don’t have to. In which case, fuck rent.

What are they going to do? Good luck finding a new tenant, my place is a fucking disaster right now. I drove in to New York on Saturday, which was nuts by the way, and rifled through my apartment to pick up some essentials. As it were, I ran through my “go bag” pretty quick (read: ran out of weed + one pair of pajama pants is disgusting). So I needed a restock. I wasn’t exactly… efficient. I basically robbed my own apartment. Drawers are open, the toilet may be clogged, and the plants are dead as hell. For good measure, I took some lipstick and wrote “BODIES IN THE WALLS” on the bathroom mirror. Why do I have lipstick? It’s 2020, grow up.

More broadly, nobody is apartment hunting in New York right now. It’s the epicenter. On Saturday, it looked like the scene from Independence Day when Will Smith goes outside to get the newspaper and sees all the neighbors packing up and moving before he slowly looks up and sees the space ship (what an amazing movie, holy shit). Everybody in New York was leaving, and leaving fast.

For fun, I like to hop on StreetEasy and browse the West Village (New York’s most expensive neighborhood) with my preferences set to 15 million, listed from most expensive. It’s too early for things to have come down much, but something tells me that in a couple weeks, I’ll finally be able to purchase that 6-bedroom townhouse with the staircase that looks like a Decepticon for a steal. It has been stubbornly sitting at $28,750,000 for weeks, but if I know the sellers as well as I think I do, they’re motivated.

I’ve heard about squatters’ rights, but I never understood them. I assume I’d have to be squatting in the apartment itself. Can’t exactly squat remotely and skype-squat in whenever the landlord comes-a-knockin’.

The point is, if everything is on hold, I could use a few months free. If any real estate lawyers are reading this, please weigh in.