Some Canadians Will Receive $8,000 Per Person In Stimulus Checks And Americans Are Mad Online 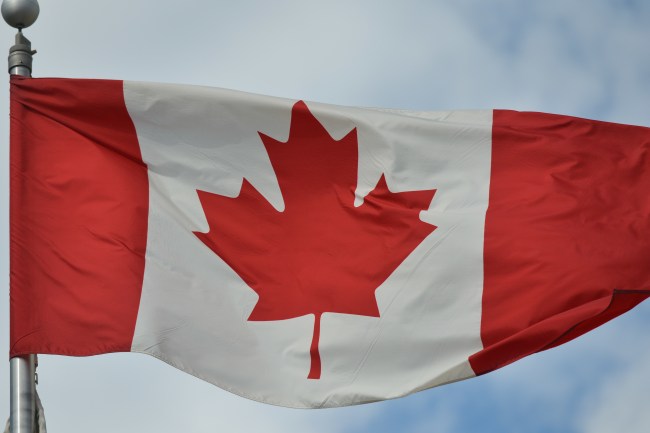 As the American government is preparing to issue one-time maximum individual payments of $1,200 to the majority of its citizens, Canada is backing up the Brinks truck. Kind of. For some.

The Canadian government announced the Canada Emergency Response Benefit (CERB), which will provide a lucrative flat benefit for workers who have been out of work for 14 consecutive days in any four-week period for reasons relating to COVID-19.

Canada just passed their stimulus… $8,000 per person – $2k per month for four months…

The Trudeau government is rolling out a 75 per cent wage subsidy to help employers keep workers on payroll through the crisis. Those who’ve already lost their income can turn to the new Canada Emergency Response Benefit (CERB), which will provide $2,000 a month for up to four months. [via]

This sounds like your typical case of Canadians being nice until you consider that the package only benefits those who have been terminated/laid off, are sick/quarantined/in self-isolation/taking care of someone with COVID-19, or are working parents who must stay home without pay to care for children due to illness or school/daycare closures

While Canadians who qualify won’t have to worry where their next paycheck is coming from until the four-month cycle expires on October 3, 2020, the plan as it stands leaves those who were previously unemployed and students about to graduate, for instance, out of luck.

Canadians get $2,000 per month for 4 months. Americans get $1,200 one time. America needs to follow Canada's lead. #stimulusbill https://t.co/SqE3GjTv1o

How countries are responding to the Coronavirus:

USA: ONE $1200 check. Even though the hardest hit places have an average rent cost well above that per month.

I have nothing clever to say. Our country just plain sucks

Did I see you Americans are getting a one-time $1200 check to cover COVID unemployment? Because Canada just announced $2000/month for the next four months.

The citizens of Canada are getting $8,000 a piece for the first month of the paramedic and then $2,200 every month to cover bills and essentials!!!! the US doesn’t give af about us

Canada has a better, more efficient stimulus plan that actually covers damn near every Canadian & doesn’t give 500 billion dollars to large companies, we as Americans should be ashamed of ourselves for accepting this package

I know most people don’t read and are borderline dumb. But an extra $600 per week in unemployment benefits for 4 months is $2400 additional money…that’s almost $10,000 PLUS your stimulus check.

If you think $2000 in ONE check and no UE benefits is somehow better, go to Canada pic.twitter.com/smf0FZFELC

$2,000 a month for four months sounds nice. All you have to do is become infected by coronavirus to get it. Something to consider.